Yeah, we ride with a hundred or better (A hundred)
I'm f*ckin' that ho when I met her, uh (Thot)
Slime send that pack out like a letter
Bullets rain on your block, go get an umbrella (Brrt)
He say he gon' rob me, never (Nope)
Me and the glizzy stick together (Gang)
You and your niggas get hit wherever (Come here)
Think I'm cappin', lil' nigga, just send a tester (Get him out of here)

What's up with that woofin' on Instagram? (Woof)
My lil' niggas spin nonstop like a ceiling fan (Gang)
Rap about it, that ain't how you living, fam (You not)
These niggas piss poor, they just need a helping hand (Hah)
Big 4X, too slime, f*ck around and go hit a fan
I hit her like I just came home from the can
We ride with them drums, marching band
Know we clean up your block like the garbage man
These niggas hate 'cause I'm up now (Huh?)
What the f*ck? (f*ck) I just started, man (Uh)
We sparkin' fire on the first nigga play with this shit (You)
Better not get us started, man (p*ssy)
He say we dumb, we retarded, man
We ride around with Dracos and carbons man (Retarded)
Glocks with thirties that got hollows in
Them young niggas walk around like army men (Uh, uh)
20 on the beat, I put twenty racks on you and your whole crew (Bitch)
I was gon' blow, I told you
Nigga think my niggas ain't on go, let me show you
Hah, that lil' nigga lyin' on Pro Tools (Cap)
I collect cash, tollbooth (Racks)
You the type nigga tell 12 to hold true
Play, I cook a nigga like soul food

Yeah, we ride with a hundred or better (A hundred)
I'm f*ckin' that ho when I met her, uh (Thot)
Slime send that pack out like a letter
Bullets rain on your block, go get an umbrella (Hah) He say he gon' rob me, never (Nope)
Me and the glizzy stick together (Gang)
You and your niggas get hit wherever
Think I'm cappin', lil' nigga, just send a tester

[NLE Choppa:]
Had a shootout yesterday, I shot 'bout a hundred (A shootout)
Them bullets hit his head just like a bonnet
I blindsided the nigga, he ain't see it coming (Blindside)
Marching band chopper 'cause I be drumming
We keep them sticks like blind niggas (Like blind niggas)
If he hiding out then we find niggas (We find niggas)
You think that I cap in my rhymes, nigga? (No cap, no cap)
Ten shots, I put a whole dime in 'em (A dime)
Yeah, big dawg, lil' bitch, I get too aggressive
007, get hit with supressors
I love toting Glocks, don't f*ck with Beretta
And just like a wedgie, you know I'ma stretch you
Kill with a passion (Killer)
Like a mummy, we be wrappin' (A mummy)
Like I'm Jackson, I like action (Action)
Round of applause, bullets clappin'
My jack got a beam, how the f*ck I'ma miss you? (How I'ma miss?)
He dissin' the sauce, I'ma bring him the issue (Bring it to him)
Now I'm smokin' on this opp pack (Light that shit up)
Whack him, then put him in my swisher
Choppa, you crazy, you do it for real
They say I'm a psycho, I just wanna kill
The difference between me and you
I kill when I'm sober, you gon' need a pill
But don't get me wrong, I love them Perkies (I love 'em)
Throw his body in the oven just like a turkey (Heat him up)
I'm quick to burn a nigga just like some herpes
He was alive on the scene but he died up in surgery (He died)
These real nigga bars, you cannot feel it (Can't feel this shit)
Throw an opp in my way and I bet I'ma kill it
Bitch, I'm a hustler, the pack, I'ma ship it (I'ma ship it)
Call me Osama Bin Laden 'cause I be tickin' (Boom) 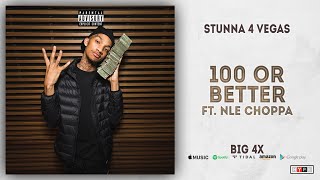