music: Bucci/Scazzocchio, lyrics: Bucci, inspired by the poem "Kubla Khan, a vision in a dream", written by Samuel Taylor Coleridge, 1798

"In Xanadu did Kubla Khan
A stately pleasure dome decree...
Where Alph, the sacred river, ran
Down to a sunless sea
So twice
Fice miles of fertile ground with towers and walls
were girdled round
And here were gardens bright
With sinuous... rills

And here were forests, forests as
ancient as the hills
Enfolding sunny, spots of greenery"

A mystic reign on the Asian coast was located
A miracle of rare device... A sunny pleasure-dome was built
Over the winding enchanting icy caves
The silence ruled
among the sacred lands
Of Xanadu

From a raging dance of rocks,
since the dawn of Time
It flings up the holy turbid stream
In this ageless tumult, Kubla Khan heard from
Far Ancestral voices prophesying... war!

...and still some whispers in the midnight breeze
remind us again the beauty of Xanadu! 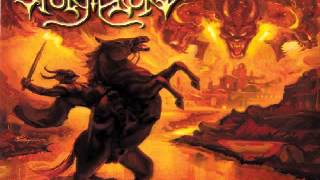