Prometheus couldn't bear Zeus arrogance
[Prometheus:] "Mankind deserves more, they need our help!" but the father of Gods just made his choice
[Zeus:] "I don't want them to threaten me, one day!
This mortal breed must remain as weak as the animals they are!"

So, Prometheus understood there was nothing more to do
The time for wise words comes to an end
And he decided...

To a column he was chained on the Caucasus peak
By Efestus he was trapped,
Tormented by an eagle's jaws 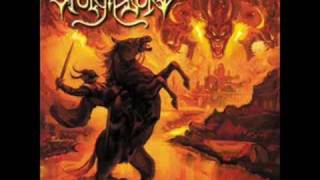