Ever hear the sound of a death row chorus?
ever see the look of a wolfman prowling the steps?
in this deep freeze bunker they store us
send away the priest, 'cause they're ain't nothing more
to confess

She had the innocent eyes of a Renoir lady
clutched her black book like an angel nursing a child
"It's a quarter to midnight here, baby
if you're gonna stare, do it while I'm sleeping"

He'd seen things that a man don't mention
sunk into his eyes was a weariness nothing could heal "Don't tell me 'bout your cheap salvation
what's a man do when he don't feel nothing?"

But her eyes, they shone of an innocent way...

She said, "Beyond these bars there are things you can't
see"
He spoke slowly
"Ain't no pardon for me"

But her eyes he glimpsed of an innocent way...

And on the eve of destruction they were shining the
chair
outside vigils, inside men were sobbing
as she kissed his forehead when the morning had dawned
he said softly to her, "I'll see you beyond" 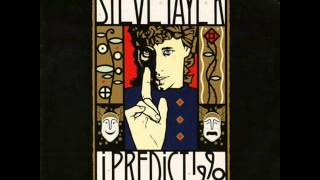 check amazon for Innocence Lost mp3 download
these lyrics are submitted by kaan
browse other artists under S:S2S3S4S5S6S7S8S9S10S11S12
Record Label(s): 1987 Myrrh Records, a division of Word, Inc
Official lyrics by