Sprung On The Cat Lyrics

Sprung On The Cat Lyrics

Meow, meow, the cat will get ya
If you let it get wit' ya
Some brothers wanna spend alotta money
Just to get a little honey
But the honey gets runny when the money's funny
'Cause I'm hipped an' a brother like Mix don't slip
'Cause them girls will put that cat right on ya
And don't say I didn't warn ya
Go down to the beach
See the girls in bikini's
Wonder why you don't see me, brothers (Yeah)
Should I preach (Preach, preach)
Awreit, back to the beach
A O.G. from the hood
Went down to the beach but his game was weak
Met a sweet thing named Yolanda
She had the go mo-mo's on her brand new Honda
So my boy stepped up with a gangsta pitch
Better come on an' get wit' dis
A forty-dog in his hand and he's saggin'
But pretty soon the cat's goan tag him
Later that night, Yolanda got busy in the back
Of his big black Cadillac
The next day, the O.G. wasn't playin' no ball
'Cause he took her to the mall
Buyin' everything from skirts to boots
Oh, speakin' a boots, yeah he knocked 'er boots
But in the end another fool got jack
'Cause he was sprung on the cat

Sprung on the cat, check it out

There's a brother named Dave in a Corvette
Had a job at the U.P.S.
I ain't dissin' 'cause U.P.S. pays money
But Dave wants to kick it with the honeys, huh
He shoulda got 'em a girl 'n' settle down
But Dave wants to get around
Put the top down on the 'vette
Hit the south side of Seattle
Lookin' for sex
Got a full pack of Seagrams under the seat
And boom, there it is...three freaks
Thick, walkin' with a natural switch
And Dave starts getting that itch, huh
You know a 'vettes only got two seats
But Dave wasn't listening to me
All three of them jumped in the car Hit Red Lobster and went straight to the bar
But them drinks ain't cheap out there son
Five dollars for one of them daiquiris
And Dave was treatin'
And the girls was sure 'nuff eatin'
Two hundred dollars worth of fish
And Dave wants to make a little wish
A little something that he'd seen in a porno movie
Play BBD and said do me
At Daves house they left him in a cold sweat
He gave 'em the keys to the 'vette
Ooh, that's the wrong move, black
You must be sprung on the cat

I'm cruisin incognito
850i with the smoked out windows
An' I'm thinkin' I'm raw
When it comes to girls I done seen it all
Then along came a girl named Joyce
She had a black Corniche Rolls Royce
At the stop sign she did something with her tongue
Could Mix be sprung?
Her cat was calling me
And I started rolling slowly
Pulled up to the bumper
'Cause I wants to thump her
So she pulls up into Texaco
And I roll up slow and jump in the Rolls
Now I'm checkin' out the body
This hotty gotta body 'n' I wanna get naughty
Followed her to the motel
Yes, motel, I'm too cheap for a hotel
Room deuce deuce deuce and it's time to get loose
I dipped in the juice
So what's up with the Rolls
Checked the registration
And the Rolls was stole
Baby girl tried to break with my keys and gat
But I ain't sprung on the cat 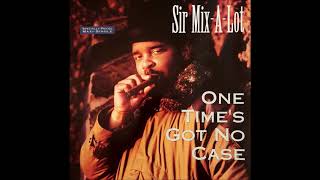