The Boss Is Back Lyrics

The Boss Is Back Lyrics

So I took a one-year hiatus
Ain't nobody heard my latest
You thought Mix-a-Lot was through
But I'm back; this boot's on you
What happened to all the old homies?
When the money gets funny it's lonely
My ex turned into a slut
Down at the Hollywood, slangin' that butt
Cheap perfume and a mini-skirt
Girl, what's your line of work?
Now that I'm rollin', you wanna roll with me
But have you been to the clinic lately?
Yesterday you had six condoms, see
Today you got three
Tossed you out like a paper sack
This brother ain't Sprung On The Cat
What about all the old homies?
I got paid so they call me phony
But I refuse to lay it low,
When a brother like you tells me I can't flow?
So here we go, bro, the leader of the Flow Show
Let you know, I roll and get mo'
I yank the bank and I ain't been ganked
Cause my back you're trying to shank, but no thanks!
My face shows pain and strain as I stand in the rain
With this fame, you go insane
The game I run is not fun to some,
And now I love no one!
The boss is back!

Tommy wants revenge
But I want your oxygen
When the game got thick you ran
Now in my face you stand
Beggin' for a few hun?
Son, your fun meets my gun!
Now you scream you're true black
Boy, you need to chill with that!
Cause I'm an e-qual op-por-tu-ni-ty de-stroyer
My gat's my lawyer
Last week you's a stick-up kid
And this week you're in show biz
Standin' on stage, another black wanna-be
Wanna get paid, so you're as balck as you gotta be
Throw up a peace sign, fakin' the rhymes
Run out of lyrics, scratch in a Malcom X line
Hypocrite, your hits break the bits The boss of brain lays pain when I spit
Criticized, cause I'm takin' the dares
And now you're tryin' to tell another brother what to wear?
Come off that tip, you know how it goes
Another brother gets shot and punks blame it on gold
Gold ropes? Naw, that ain't your problem
The job of a rapper is to find em and solve em
Now you're crying bout what a brother owns
King died so you could buy your throne
I ain't got time to take steps in reverse
You or the KKK, who's worse?
You told me to stay low in my ghetto
And so did the Klan, so wake up, bro
Why do you think brothers is sellin' dope, fool?
America, boy, the bankroll rules!
Play that hard role and say you ain't with that
And everything you're cryin' bout money on your contract
Talked about me bad, it's time for the payback, black,
The boss is back!

I don't know the meaning of trust
I gotta live so I do what I must
Some girls'll cross you when you're soft
That's why I'm my own damn boss
They'll run you down with stress
If you're spring on the butt and chest
I'd rather be sprung on the ducat
And put another damn freak in my bucket
I deal with women, not girls
Cause them young ones'll shake your world
I'm tellin' it like it is
Cause a brother like Mix ain't losin' his
I got about two or three clowns
That try to kick me when I'm down
But when I come up, they all play dumb
All of a sudden, it's we, not one
I zip up lips when I spit these hits
I'm equipped to make misfits quit
Young bucks should all duck cause jaws are gettin' struck
The luck gets chuched, so wussup!
I ram and cram my jams in the mouth of a man
I'm kickin' quicker than Van Damme
Face the facts, two platinums stack
Step off, fool, or get cracked!
The boss is back! 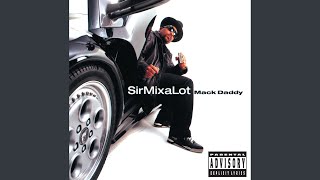 check amazon for The Boss Is Back mp3 download
these lyrics are submitted by kaan
browse other artists under S:S2S3S4S5S6S7S8S9S10S11S12S13
Songwriter(s): Anthony L. Ray
Record Label(s): 1992 American Recordings, LLC
Official lyrics by