[Verse 1: Pouya]
I'm a psycho, I'm a schizo with a pistol
And I'm pissed off, so many people wanna get involved
They wanna use me, wanna abuse me, wanna get your bread up
Wanna live this life but it ain't that great anyway but I guess you'll never know
Ducked off in a Volvo, gun smoke in the ozone
Yo, I've been a motherf*cker since I was a jit
Now I'm lit, now I'm rich, now I f*ck any bitch off of IG
Seen me two deep with Boobie, yup, still, they can't fool me
I see through your eyes, I know that you lying to me
I know that you don't love me, don't tell it to me
I know you'll find somebody better than me, yeah

[Verse 2: Boobie Lootaveli]
Countin' new money, running with the same gang
When we still piped up, ain't a damn thing changed We don't do the same thing, you can barely maintain
Give your heart to a bitch, watch the shit get strange
Runnin' routes for the clout, she'll run it all down
She just want a new bag, I just want a rude mouth
f*ck 12, bookshelf stocked up full of drugs
I just wanna get gone, Rolls Royce, new Ghost
On me, six feet, ten toes for the fam
Ho goin' deep in, do the most for the 'Gram
She just needs all likes, no love from a man
So I shut the bitch down like the show finna end
Let's go, lil' bitch, bust a throat for the G's
God work but the Devil work twice for the fee
And her nose so swole from the coke on the skeet
Puttin' work on her knees is a part of the scheme
Explain lyrics
Correct lyrics 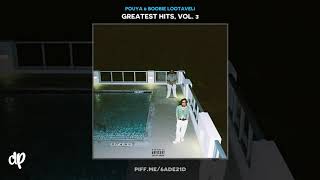