[Verse 1: Boobie Lootaveli]
They hate me 'cause they say I switched up, I got my shit up
I pull up, your bitch want a picture, I get the big bucks
Lil' thotty, she can't get my dick up, she doing sit ups
When I call, that bitch finna pick up or I'ma quit her

[Verse 2: Pouya]
I'm dripping, I'm sitting on 24's
My foes get .44, these hoes get phony phone
Numbers, I'm on my own, I'm grown
A hundred K for the taxes, I'm in a whole other bracket
I cannot rock with you

[Verse 3: Boobie Lootaveli]
Make sure that you totin' heavy if I'm finna slide with you
I'm trapping for survival, keep my left hand on the Bible
And my right hand on the rifle, rims be spinning like a vinyl
Keep it going with the cycle, rubbing shoulders with your idols

[Verse 4: Pouya]
My shone get flown to give me dome
My chrome is in my lap and I never leave it alone, yeah
I trust you as much as you can be thrown Baby Bone on my own, I give a f*ck 'bout what you want, ho

[Verse 5: Boobie Lootaveli]
Run inside the traphouse and this shit is looking like a zoo
Grinding for this shit so I'ma do what I wanna do
Never love a bitch 'cause she gon' choose who she wanna choose
I'm counting new hundreds and they blue like a f*cking bruise

[Verse 6: Pouya]
Look at me, then look at you, then look at your life
I be low-key stacking bread with my homies and my wife
Would you wanna ride slow with me?
Am I someone that you're willing to die for, baby? Let me know

[Verse 7: Boobie Lootaveli]
Oochie Wally, Wally wanna bang, I'm the f*cking man
Shout out to my plug out in Japan, don't know what he saying
Coco with the loco, I'm insane, higher than a plane
Ho, you wasn't with me through the rain and the f*cking pain

[Verse 8: Pouya]
When I was trying to get it popping, where the f*ck were you?
Used to pull up on my granny for a buck or two
She held it down for me, never believed that I would lose
Now I got two whips outside my crib that never even move
Explain lyrics
Correct lyrics 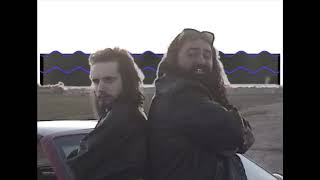