Y'all Can't Never Hurt Us Lyrics

Y'all Can't Never Hurt Us Lyrics

Yo, I'm two short of a brick, you two wit' me?
(I got two O's and I'm bringin' two hoes wit' me)
Look, don't bullshit me, scoop and come get me
(Shit, I'll be there in ten unless the Feds come hit me)
(I move like lightening, thats what I was told)
we can't trust these niggas, keep it comin' in codes
(we had a deal on the table since ten years old)
was on Readyrock records, LP went gold
(we had 36 groups, but they cooked up Nine)
managed 28 groups, what they cooked was mines
Niggas wanna act fly, we forced to hit 'em up
(and we just sold y'all a brick in code, so nigga what).

I pass through more bills than congress in D.C.
stacks so thick you think you see 'em in 3-D
if I'm outta town I phone home like E.T.
drive a CE, try CL fever
move plenty coke, got more spots than Cheetahs
got heaters, ain't scared to pop neither
shoot you, them three, and him too
thats my procedure, f*ck you gon' do?
hustle for all C's, you don't even dig chick, car, chips, cold ass crib
best man at that, I'm the rap Taye Diggs
Most Wanted keep it lethal like Murtaugh and Briggs
a nice banana clip, I'll split your wig
I'm a gangsta, you scared to death ain't ya?
carry more weight on boats than ten anchors
Southwest playboy like Hugh Hefner
I lied, and my bitch be out in one gesture
cut coke open, give it a tongue tester
face get numb it's good shit I'll bet ya
jump out the Coupe, walk by and wet ya.

Nosey ass niggas don't believe shit stink
'till I cock the glock and put two through his mink
you loose with your lip? well, keep your vest tight
357 Mag in a Jag S-Type
don't talk me to death, you mothaf*ckas is just gettin' by
while I'm rich bitch, just gettin' high
you ain't on my level, you still admire skanks
while I'm at Vic's Secret photo shoots with Tyra Banks
and I'm not lyin', my advice is stop tryin'
I bust big shit that'll never stop firin'
catch me at the bar whether it's the clam, shark, or sky
I hate when rat niggas start to lie
dog, you don't got bricks
I never seen you in the drop nor with a bitch
you got your champaigne glass straight up, could tell you ain't never
poured Cris'
or bust a nigga with the Four-Fifth
stop your bullshit. 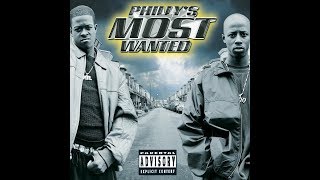 check amazon for Y'all Can't Never Hurt Us mp3 download
browse other artists under P:P2P3P4P5P6
Songwriter(s): joel witherspoon, al-basser holly, triston jones
Record Label(s): 2001 Atlantic Recording Corporation for the United States and WEA International Inc for the world outside of the United States
Official lyrics by