[Claude McKay: If We Must Die (1919)]
If we must die, let it not be like hogs
Hunted and penned in an inglorious spot,
While round us bark the mad and hungry dogs,
Making their mock at our accursed lot.
If we must die, O let us nobly die,
So that our precious blood may not be shed
In vain; then even the monsters we defy
Shall be constrained to honor us though dead!
O kinsmen we must meet the common foe!
Though far outnumbered let us show us brave,
And for their thousand blows deal one deathblow!
What though before us lies the open grave?
Like men we'll face the murderous, cowardly pack,
Pressed to the wall, dying, but fighting back!

[Etheridge Knight:]
Hard Rock Returns to Prison from the Hospital for the Criminal Insane
Hard Rock was "known not to take no shit
From nobody, " and he had the scars to prove it:
Split purple lips, lumbed ears, welts above
His yellow eyes, and one long scar that cut
Across his temple and plowed through a thick Canopy of kinky hair.

The WORD was that Hard Rock wasn't a mean nigger
Anymore, that the doctors had bored a hole in his head,
Cut out part of his brain, and shot electricity
Through the rest. When they brought Hard Rock back,
Handcuffed and chained, he was turned loose,
Like a freshly gelded stallion, to try his new status.
And we all waited and watched, like sheep in a corall,
To see if the WORD was true.

As we waited we wrapped ourselves in the cloak
Of his exploits: "Man, the last time, it took eight
Screws to put him in the Hole." "Yeah, remember when he
Smacked the captain with his dinner tray? " "He set
The record for time in the Hole-67 straight days! "
"Ol Hard Rock! man, that's one crazy nigger."
And then the jewel of a myth that Hard Rock had once bit
A screw on the thumb and poisoned him with syphilitic spit.

The testing came, to see if Hard Rock was really tame.
A hillbilly called him a black son of a bitch
And didn't lose his teeth, a screw who knew Hard Rock
From before shook him down and barked in his face.
And Hard Rock did nothing. Just grinned and looked silly,
His eyes empty like knot holes in a fence.

And even after we discovered that it took Hard Rock
Exactly 3 minutes to tell you his first name,
We told ourselves that he had just wised up,
Was being cool; but we could not fool ourselves for long,
And we turned away, our eyes on the ground. Crushed.
He had been our Destroyer, the doer of things
We dreamed of doing but could not bring ourselves to do,
The fears of years, like a biting whip,
Had cut deep bloody grooves
Across our backs. 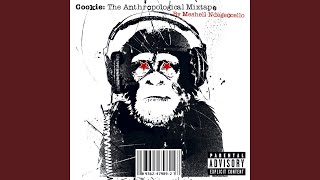