[Angela Davis:] "One of the reasons why the war in Vietnam was able to happen as long as it did - was because this - of this fear of communism. And people pointed to the Vietnamese as their enemy. As if somehow or another, if the country defeated the communist enemy in Vietnam, things were gonna be okay at home."

[Angela Davis:] "And now of course, that the welfare system has been disestablished - and there are no jobs, so to speak - for, for women who are told, that if they don't work... they can only get welfare for a certain period of time and then they have to find a job. Now they haven't had the opportunity to go to an institution like this. They may not have the skills. Where are they going to find a job? And if they have children, how are they going to pay for childcare, in order to guarantee the conditions which will allow them to work? " 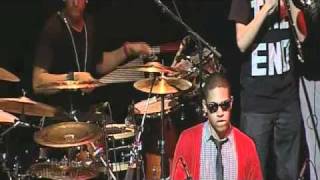