Yea
I talk shit like Mayweather 'cause I know I'm way better
I'm a beast like Della Reese, I'm on the grind all the time I ain't never sleep
I eat Jay-Z for breakfast, Weezy for dinner I ain't dissin not at all I'm jus a starvin little nigga tryna eat
Like a hungry Ethiopian, nigga we be trappin we got keys like a custodian
Long as clips with 33's like Nickelodeon, noticing might put you on the wing like you deodorant
Goin at every verse I'm shittin on, hard body rigamore tip he call a play I run that shit back like I'm Clinton Portis
Touchdown on these haters, like what now? Aaron Jones to all dese rappers and we hopin you shut down
It like everytime I'm round, dem shooters be on deck and I'm ready to gun down
My pockets say ching, ching my necklace ain't bling, bling Puffin on dat Cali butter say color is string be, I be up in Hollywood wonderin why you ain't seen me
I was in the 57, mackin like a 11, high like I'm in heaven can't nobody do it better
Got dem multi-colored diamonds lookin like a gucci sweater
See dem jack boys lookin like dey wanna jack a leather, I ain't never been a p*ssy
Bring dem choppers to whoever[yea]
Drama, I'm a problem. you ain't tell em, I be shittin on dese rappers
I'm surprised dat you ain't smell em, or hell em, spit fire breathe ether
Creepin thru the hood, my hoodie on like I'm de reaper,
Full pound on my big boy, and dem speaker, ACP
Put you on air like you ACG, I prolli Nike check a nigga tryna play with me
Or matter fact I'll check a nigga like he ADD[what] 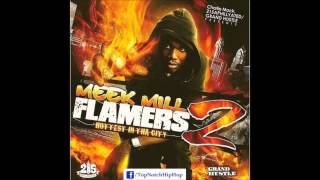 check amazon for The Future mp3 download
these lyrics are submitted by kaan
browse other artists under M:M2M3M4M5M6M7M8M9M10
Record Label(s): 2011 215
Official lyrics by