[Intro]
We all get caught in our own sins
Sometimes I have to remind myself
That on my worst day I live like somebody on their greatest
Don't let your demons take you to hell, introduce them to heaven

[Verse 1: Meek Mill]
Look, I got homies in the ground, skeleton and bones
And niggas doing life, they ain't ever coming home
They said I wouldn't make it or never see the throne
And my baby mama hate me cause she said I did her wrong
Cause I left to chase my dream, get it any means
I said that I'll be back, she wasn't listening to me
That back and forth arguing was getting in between
I said f*ck them other niggas, I go get it with my team
If we all grind, we all shine, f*ck a part time
I used to play the block early morning and dark time
Now it's G5 flights, f*ck a depart time
It was hard times, nigga now it's our time
Just take a look at my life, rapping brought me back to life
Cause I was in them streets, my heart was cold as a pack of ice
Every night we strapping like we was in Iraq to fight
Cause niggas getting murdered [?]
Wow, I got a MAC at home to my son
On them pappers with a firm hold on his gun Before I snitch y'all gotta burn a hole in my tongue
Give me a hundred years in that hole [?]
In boiling water, in the world of no order
In the hood ain't no loyalty, ain't no world for your daughter
Ain't no life for your brother, [?] life for my mother
I'mma get the fam right, nigga you damn right

[Verse 2: Jadakiss]
Yeah, I used to pop a lot of shit, now I keep it moderate
These niggas know I been iced out, hopping out of shit
Right now I'm praying for my son to get this scholarship
A nice university, one of these black colleges
Far as the hood go, I acknowledge it
But whoever ain't a snake usually a follower
Luckily, I can tell a difference
My man coming home, my other man getting sentenced
Soft niggas usually send the hate through the bitches
Jealous Instagram niggas hating on your pictures
We dream chasing, y'all niggas walking behind wishes
Without working for it, not often you find riches
Some niggas find coffins others just find ditches
Just ask around 'bout the militia, they malicious
D-block, finish that and cop more dope
I'm two-stroke, you four-stroke
If you got enough cigars we can all smoke
Ain't nothing all good when you all broke
So we could never be equal
Never bite the hand that'll feed you
Never fear a man if he bleed too
Some niggas need a head shot, some niggas need two
Play sweet in these streets and they'll leave you
You can't see the devil, he's see through 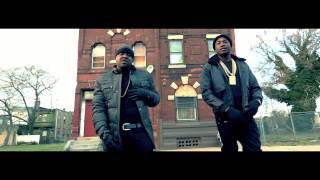