Youngin, been about the money
These niggas know bout the youngins, these niggas know that I run it
This nigga call me on the phone
And I ain’t even want him to sign me
Just knew that he knew my name so it was gone
These niggas knew that I was smoking strong… then
And these niggas already know I was come through in the benz
These niggas know I don’t really even get with me friends
Cuz you will commit em homie if we commit em in south of Philly
I got the 50 rollin on the bus, grayhound
Man I heard I had to lay it down
Nigga bad coughed up, I’m in a f*ckin seat
But I knew if I got to Meek I was gon kill the f*ckin beat
And could I be a f*ckin millionaire, trillionaire
And peope look heavy, now they say yea it’s real in here
These niggas here, we hated yall
Yea I got the 80 clock
They tellin me, damn boy you ain’t in a day top, you ain’t in the car
When I roll to Philly I rolled in a Bentley
First nigga sent me my Bentley, this nigga Meek Millie
From my city you don’t see shit like that
Yea it’s greatness, this shit right here amazing
It’s crazy to know that I rolled in a Ferrari today
First time ridin in a Ferrari was today
But see me, I’mma do it up in there, just made your way
But these niggas they tryna take me and nigga I just can’t play
I’m a youngin, last week we was everywhere
Real shit, nigga we was everywhere
Flew high, Monday had a fight
Nigga we was thuggin, goin hard out all night
Then I had a wreck, man this shit right here is crazy
But I’m a f*ckin star, man this life good, it’s amazing
Police didn’t come, that shit right there I don’t believe
That this that, this shit right here was never released
Tuesday I was chillin
Girl 19 hour, I swear to gosh I was killin
She just knew that ain’t no feelin
A young nigga feelin
And she wanted me cuz a nigga was fresh back from Philly
So I was rollin blunts all day So I had to get it nigga in the hallway
Nigga I already know I was headed to the top
By 9 o’clock p*ssy ass niggas spinned the block
The same p*ssy niggas, I had a fight em with em Monday
The nigga tryin to kill me, funeral by Sunday
But mama never was gon have it, mama never was gon beat it
So I had to get it, show these nigga that I believe it
My cousin sayin Snupe, wanna ride on these niggas?
Tell me if you really wanna slide on these niggas
Then Meek text me, said what would you do?
Then I said man this shit a tease but that shit I do
He said Snupe 50 wanna get him, I’m with him
I say I’ll those niggas in a year, we gon get em
I got it right now, I gotta go and get these millions
Told these people that I’m with it so these people gotta get it
These niggas tryna take me to the under, I’m thug
These niggas tryna Twitter me so they can get some buzz
Well me I’m a young nigga, these niggas be with the thugs
And I got niggas when I say so I’ll really hit you good
Happened at the battle, it was 10k
Most money I ever made, 10k
10k, it was crazy man, this shit was winnin
I won f*ckin 10k up in 30 minutes
It was an easy battle
I ain’t gon lie, it was simple
p*ssy nigga had no brain, thought like he was mental
Young nigga comin, these niggas know that we onto it
He was rappin like his ass was playin the instrumental
f*ck niggas actin like I ain’t been the one
A great nigga, they invented one
Mama and daddy, they had a king for real
Man I swear I’m livin out my people dreams for real
I do my thing right now, my daddy ain’t let me dream
Mama ain’t let me dream, granny ain’t let me dream
My cousins ain’t let me dream so you know what I’mma do?
I’mma live all out through Snupe, we gonna rock

Moment of silence… for Lil Snupe 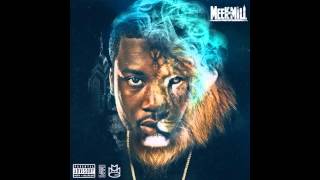