Livin' in the car, make it to the bar
We'll meet up with the guys who
Make love to Barbara Striesand
Then we'll all split the scene
Make it like a dream
West Side Brighton, or we're just ridin'
Turn on the chicks and then we'll blow our kicks
And we'll fly high
Boppin' and shoppin' and makin' it in West One
See ya later, alligator, throw away your Zip Gun
Dance instead of walking, feel like I'm the best one
Smokin' charges and ridin' barges, cutting out high strung
Sleeping on the beaches and make like a teacher
Turned on beggar, say he's a rockin' preacher
Steeling or feeling and make like a rocker
Then you'll fly high
Met her in the corner [?], King jiving on the sidwalk
Intellectual put down all I wanna do is talk Chelsea cats groovin' and provin' that they're all men
Callin' up your lost baby, shoutin' out "Remember when.."
On a scene with the guys, see the paintings in their eyes
Driving through the crazy night
Looking for a chick to fight
Had a seed and made a veil [?]
Blew some smoke and leave a trail
And fly high
I'm wearin' shades and diggin' spades
I'm takin' in the night life
Crazy Sally in the alley, playing with a filck-knife
Met a chick, got a flat
Got a cat with one leg
I bought a Jeep, nice and cheap
For cutting out right now
Made it to the sea, just the chick, the cat, and me
everybody's laughing 'cos the Jeep's cost money
Nice and easy baby said, come and sit down with me
And we'll fly hiiiiigh.
Explain lyrics
Correct lyrics 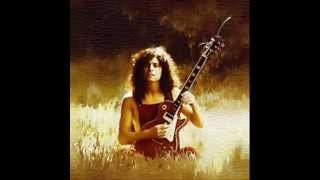