[Verse 1: Ludacris]
Can you handle it
808 bang in the back with the woofer like boom boom boom boom
With my foot on the pedal and my hand on my strap
Got the engine like vroom vroom vroom vroom
What's up, you ain't never heard a nigga rap like-like this before
I got an addictive flow that'll give you (satisfaction)
I'ma make you satisfied, even if it kills me
Even if it takes the slower minds, a little bit of time to feel me
Recollect the 15 million I sold, or the 30 times I went gold
And if you take 2 puffs of this dro, it'll give you (satisfaction)
I've sold the most and noone's close, but I'm not meaning to brag
It's different strokes for different folks, like Angelina and Brad
Some keep the heat in the stash, put 30 keys in their Jag
And if cops ain't peepin your tag then you're gonna feel some (satisfaction)
Pumpin' out albums like Reverend Run is pumpin out children, here's another one
So catch me on more 24's than Kiefer Sutherland
I'm bound to be the greatest, I'm determined to win
Until then I can't get no (satisfaction)

[Verse 2: Smoke]
I'm the one that went to the gunfight with a knife, and won
Left with his pistol and left him dead, the guy he tried to run
Just because my verse 2nd don't mean I am not the one
When I'm done I'm guaranteed to give you (satisfaction)
I might not be the best in the world, but the best the world ever seen
I'm all been in Georgia's daughter Conde ding-a-ling king And when I'm digging deep in the spleen, I'ma make the cream and she scream
Baby get me hard like a Snickers bar I give her (satisfaction)
Yessir there ain't not other way so motherf*ck what you say
Y'all had this spot, we took you off the top like a toupee
Them coke's been kick and pushed in this fiasco like Lupe
Back that ass up like Juve, cause the south we givin them (satisfaction)
Ever since I signed with Luda and them, my chances of losing are slim
Y'all talk that smack but copycat and do a movie like him
Yessir my mob got that goodie, as if my group had a kid
We gonna continue to give them a double dose of (satisfaction)

[Verse 3: Shawn Jay]
Yea Fleetwood drop the bomb, when I rhyme it's TNT
That's why my money long as the line at the DMV
When they askin who was that that was snappin I'm that answer dude
Like Snickers bring no nuts no (satisfaction)
I hustle and flow, I done been by my cheese since I was knee high
Weed what you need, hit me I'ma drop off peaches like I'm T.I.
Earvin Johnson gimme that rock and magic cap of Shawn Jay
Dope sold money for (satisfaction)
I been the nigga they can't f*ck with, hot but the flow cold
Flip rocks by the boatload O.G. no see see me get tipped off getcha no dough
Zip-loc full of dro tow big glocks on the hip cocked try to play the big shots
Get popped with the four four
Don't be the reason they mopped in the floor for payin me, that (satisfaction)
Fool for a dollar let me get that pop, man I need this cream
Where my cake give me my candles, I got sweet sixteen
Now the kid with the cocaine flow got DTP on his necklace
Now Luda tell them what you think about your invest (satisfacton) 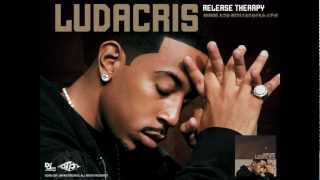