While You Wait Lyrics

While You Wait Lyrics


[Hook]
You did it baby, all the way
I never thought you'd get here baby

[Intro]
Alright alright, wassup
It's just for the fans, man like
It's just the fans right here
I'm not even at the studio right now
I'm just at the crib, like I was back in the basement type shit
It's for y'all, man
I know y'all probably like "Logic where the f*ck that album, man"
I want my album to come out more than y'all

[Verse 1]
Feel like I've been waiting forever for this shit
First album in the game, I'm tryna level with this shit
My fans probably thinking "he won't never drop that shit"
But I'm tryna make it perfect so you all cop that shit
And even if it leak, I'll still do a hundred first week
Taking my time with every rhyme so not a single verse weak
See I do this shit for y'all the fans that come to every show
For the homies in Chicago always in the first row
Now y'all see the bigger picture but never behind the scenes
Everything ain't what it seems for this rap shit I'm a fiend
This is my dream, I moved to L.A., just me and my team
Most rappers only give a f*ck 'bout bitches and cream
But all the money from my deal went right back to the fans
Every shirt, every tour, I paid for with my advance
But it ain't finished yet I'm sorry so here go this EP
I took a break from the album to let you know it's still me
First time I'm selling something but it still feel free
Cause ain't a damn thing changed, RattPack 'til I D.I.E

[Hook] [Verse 2]
It's crazy when I hit the road and meet you face to face
To learn my lyrics have meaning and truly hold the place
You tell me something crazy like "Logic you saved my life!"
Who would have thought writing my wrongs could do such a right?
It feel like everything you've been through I've been through
I downloaded every song and watched every interview
Thank you for who you were, who you are, and who you're gonna be
I just hope that one day I'll be where I wanna be
That's when I stop you and I tell you sky ain't the limit
Shit, and as a true fan, you know what I mean
I wanna thank you for the love, for both me and my team
Cause without you, all this shit is merely a dream
Well, I gotta go the show starts in a while
Have fun, keep the peace and I'll look for you in the crowd
And if I can I'll stay out here for every fan
Do my best to shake every hand and let you know I'm just a man
I'm not different y'all we fam
I remember my first tour sleeping in the van
Now shit is like damn, it's hard to stay humble when you're the man
So I always keep in touch just to remember who I am
People hate us and their blood is what they do
But I don't do music for them I do music just for you
It's been a long time coming, many years awaited
When I drop the album that's the day I'll say I made it
This a prelude to that shit I ain't tryna evade it
But y'all gon' look back like "he dropped that fire while we waited" 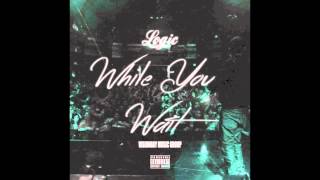