[Verse 1: Logic]
Uh, Now I'm off the hook so none of y'all can debate it
Solid making music cause I never really related
To this bullshit that they spit claiming that they made
it
Similar to a eight guard cause I can't fade it
Use your Logic you could never evade it
I'm kinda like the Young Sinatra mixed with Sammy Davis
JR
Already know where they are, doing the best to ever to
do it
Rhyming to improve and take rap and move it in another
direction
And spread like infection, better yet lice cause I'm
always on they mind
I'm a breed of different kind, yes I'm ahead of my
time, when it comes to the rhyme

[Verse 2: Logic]
You can catch me in the booth from dusk till the sun up
The Super Mario Flow I always get the 1 Up
Yeah we gun up, Laser gotta how we run up, [gun shots]
Not Really but it sounded tight (Shut Up) f*ck around and steal your bitch just to get the nut up
Really what up? With everybody looking for a deal
You can call me Indy-ana Jones
And I'm headed for the throne
Going on the MJ beat
Leave me alon, e this is music
Who are you to tell me how to use it?
Never confuse it originality I'll never lose it
Maybe I'm a little psycho for hopping on this beat
But the logical part of me telling you're feeling it B
See I'm a lyrical entity blowing minds like Kennedy
With controversial lines so everybody remember me
I'm repping Maryland If you want to snap like you a
terrorist
Like you in the air... I'm just f*cking around
Switch it up with various styles to keep you around 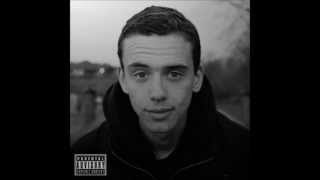