[Verse 1: 2 Chainz]
Okay, I think these niggas is tryin' me
The irony, I used to iron jeans that had the heavy crease
You know my destiny is somewhere over the catastrophe
You know your majesty
You don't smoke strong, that's muscle atrophy
That's such a tragedy
I see murder like it's Master P
Drug dealin' academy, summa cum laude
I made A's, rarely made a B
Watch 1080p, cost 80 apiece
I need 80G, verses ADD (tell 'em)
It was me versus the APD (APD)
'Cause they know I'm ballin' hard like the ACC (sweet)
I ride this beat like an ATV
To see me you need HDTV
Bein' broke is like an allergy

[Verse 2: Logic]
Ballin' with my homies now, everybody know me now
But they don't really know me now
Yeah, this shit is real life
Haters talk shit, but deep down still wonder what it feel like
Yeah, you know I am right, I just signed a 30 million dollar deal
How that feel? Goddamn right, no, that ain't a rapper flex
I just gotta let 'em know
That money don't mean shit without self-respect
Built myself an empire
You can have rap, I'ma set the whole wide world on fire RattPack, that's a fact
How you go from Bobby Tarantino to the boom bap? It's a trap
Bring it right back, I do it all 'cause I'm like that
You can't put me in a box, my talent put me in the mansion
Rap without Logic, like the game with no expansion
Answer, damn I'm feelin' handsome
I ain't in the club throwin' dollars, I'm at GameStop
'Member used to sell trees on the same block
I went platinum and double platinum then triple platinum
From rappin', I'm snappin', I'm snappin'
They wonder what happened
They was hatin', now they clappin' like, "Yeah, yeah
Bobby got the Grammy this year"
Call me Nostradamus, not cocky, I'm honest, well to be honest
I spit the finest of flows, I count cash, you count hoes
You'll never get, that's why your shit is counterfeit
This that Reasonable Doubt shit, Jay in his prime
This a state of emergency, now sound the alarm
I'm comin' for your neck, but first I'ma slice off the arm
Of anybody who ever try to bite the hand that fed 'em
I'm too powerful, try to double-cross me and I dead 'em
Kill 'em with kindness, you too weak like "7 x 2"
So show some respect when this muscle comes through, woo! 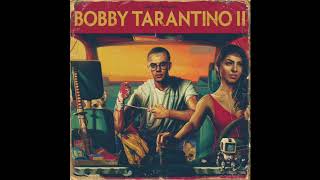