[Intro:]
Meanwhile, back at the rapcave!
Jumping Gee willickers rapman your never gona believe
this!
What seems to be the problem my raptastic companion?
I just found out there's a bunch of wack ass, no talent
having, swear they can
Rap, 40-something, shoulda got a job, still living with
their parents, so wack they
Couldn't even get the whole 15 minutes of fame, only
got 2 minutes perpetrating bitch ass
Motherf*ckers out there on the scene trying to make
music!
Oh my God! (I know!)
Rapman will not stand for this! (Go Get 'Em!)
To the booth!

[Verse 1:]
Now let me hop up in the rap mobile, get so much p*ssy
in the back they should call it the cat-mobile
Everybody's worried about a deal, but I keep it real
f*cking around and I hit you in the crown with a
inevitable sound that's spreading through your town
Hold up! Gee willickers rapman I don't think they
comprehend or can begin to even understand
We don't fight crime, we fight whack rhymes, one song
at a time, line after line
Hold up! motherf*cker I'm bout to roll up, pull out the
hamma on a bamma leave em tore up (oh my God!)
Yea you talk, but can you walk, let's see you put the
dough up (Cha-Ching!)
Rhymes I throw up, a little nasty bastard, people
hating on a brother just cause I mastered the flow
Like Jedi, bet I, murder it before you heard of it,
bitches I'm murking it
Go berzerk in the club while honeys twerkin it
Haters talking shit where they ain't to time for this,
you know I'm bombing this, the flow is ominous
Second I'm rhyming this, sound like a dominous.
(Ching!)
All the people that was hatin' in the beginning, know
that I'm winning, let me slip through your fingers
And now your spinning, you can check the Polaroid
pictures cause bitches I'm grinning I got it
Treat the game like a honey, I had to get inside it
Visionary of logic, is like two planets collided
I'm a lyrical miracle, matter fact a paradox
On stage while my DJ scratching like chicken pox
Never put me in your box, if your shit eats tapes
I'm not biting, only quoting one of the greats, now
The radio got me feeling disgusted, punch you in the snotbox til your brain concussed it
Women they lust it, when they guts get busted, rip it
up and thrust it I'm the best trust it

[Hook:]
OH MY God! Rapman What have you done!?!?!?!
Why, whatever do you mean rapboy?
Not only did you kill all the whack rappers, but my
favorite ones as well what were you thinking!
Well I just had to show these motherf*ckers who's in
charge
What by obliterating them?
Well how else was I supposed to let them know who's
really running shit around here
No, no, you're out of control, your drunk with power!

[Verse 2:]
Yo, let me get it, you know that I did it, my flow is
outta this world, like the alien that spit acidic
Middle finger to the critics and as fresh as a fitted,
soon as a bet, get the honeys wet never upset
When I catch wreck, like bobba fett down to collect,
doesn't even register that I ain't taken a breath yet?
{Gasp!}
Oh my God! Oh My God! West Deer Park done raised the
rap God
Maryland I'm reppin it, dare ya to step in it, none
others iller for realer the killer slash drug dealer
I get bitches erotic by slinging dick like a narcotic,
you want it I brought it, hit the club and get the
Party started, yea
The flows never ending, always ascending, while
apprehending anybody who's partially comprehending
Feeling limitless, quickly swallow the pill and
enhance, with the killer stance swallow the mic like a
neverland
All up in yo bitches pants, the second we dance I
advance, at first glance go together like lettuce and
ranch
A born winner, schooling MC's like Principal Skinner,
how I murder a kill-able syllable's are no beginner
Feeling high style running through your stomach like
hot bowel
I'm the only human being'll perfectly rap this so I'm
coming for ya head like john the baptist is this, this
is
The rapture, no camera can capture, annihilating
anybody that's violating by hating
I spit hotter than Satan, when he was migrating from
heaven to hell
Step to the mic and I shall prevail, finna blow your
whole mind soon as time avail, what 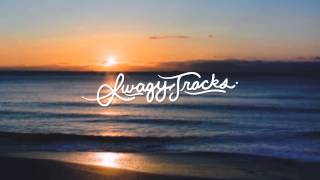