Nothing But A Hero Rmx Lyrics

Nothing But A Hero Rmx Lyrics


[Intro:]
(Allllllright)
In the sky it's a bird, it's a plane, nah who dat?
Everybody want me to save them, I can't do that
Gotta little shine and they wonder where the lewd at
The life of an artist I had to pursue that

[Verse 1:]
Superman all the time yea, true dat
That's why I laugh when they ask, "Man where the suit
at?"
I love my family love my friends
But when it comes down to money see it all depends

Cause now I got new family, I got new friends
That I never even seen before, where does it end?
See I got loved ones and I got enemies
But at the end of the day I don't know the identities

[Verse 2:]
I was gone for a minute, came back in a flash
Spit crack up a dude's rock like dash
Any dame know I got game, go ask
This is my true identity- No mask

Out for the green with a buzz like Hornet
I ain't rip the game yet, I just torn it
See the good guy gets the dame
And if a shawty got a donk like Lois Lane I turn into the paraphilias from X-Men
You ain't get it? I'm all about the brain
Step to the mic he a beast
Hungry in the game still looking for a feast

All about my dough on a rise like yeast
And I'm a keep going till a motha f*cka deceased
See I stood on the side humbly, like Alfred
But now it's time to jump in the bat outfit

[Verse 3:]
No the flow never awkward man
Stepped in the booth the like, I'll be Damned
Kid opened his mouth and shocked me man
And I get the honeys wetter than Aqua-Man

With an Iron-Man mindset, they can never steal
Villain on the mic though, yea I had to kill it
I wrote this rhyme in braille just for you to feel it
Let the flow pour for a minute but I gotta seal it

[Outro:]
Hopefully now (hopefully now)
Y'all know me
Gotta grip on the game
Like it was fresh, about to sewn it 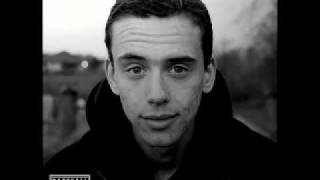