[Verse 1]
I've seen a lot of s*** I shouldn't have but never
forgot it though
Brothers on the corners selling crack like it was nada
though
Walk inside my kitchen baking soda all up on the floor
Police banging on the door
While gripping a .44
I was just a youngin' but this type of s*** I've seen
before
Y'all see a white boy, but my daddy a negro
Half breed m*********** put the mic and he flow
I just wanna spread love, they want me to bleed slow
I just wanna keep the peace, and help people
Give some of this money that I'm making to the people
So if you hatin' on me g****** you evil
And just don't understand cause I'm flyer than Knievel
Been through a lot of s***, but I keep it on the D-Lo
Never bustin' in'em streets but I keep it G though
I ain't in a fairy tale, I'm just me, ho!
Only thing I talk about is everything that we know
I heard you've got a f****** problem b**** I bet I beast
Ain't no need to reach, I don't need a piece
I just kill'em with kindness, yeah we leave "em deceased
And tell it like it is and now you got it capish shorty
waddup !

[Verse 2]
I hope you live a long life hatin'
And watch every Grammy just to see who they nominating, uh
So successful they'll probably say I signed with Satan
But I got God on my side, always down to ride
Don't get it twisted, I ain't perfect in the least
I'm still all up in your girl jeans like a crease
Matter fact like a geneticist
These rappers' records comin' out they so repetitive
Shout out my homie Chance, peace to Skizzy Mars
Rattpack, homie Castro, we dropping bars
It's all love, man that s*** is ours
They never thought I'd make a shooting from the stars
Yeah, I'm a born sinner, but it's a cold world
Shout out my homies that know me, can't forget my old
girl
But that's a touchy subject like a priest, woah
I heard y'all finally eating over there, we got a feast,
though
Keep it Rattpack, till the beat go
You might not get the flow now, let it seek though
Fans know my lyrics deeper than the sea floor
But we dumb it down so they spin it on the radio
Racism all up in 'em, that s*** is irrelevant
My flow is colorblind, rapping for the hell of it
I don't give a f***, my mind stays celibate
Run quick, tell a b****, rap getting me hella rich
Out the blue like elephants
My flow is so elegant
Death before dishonor
Murder all rappers in front of they momma's
I rip Artanis
Decipher the word because it's ebonics
Reverse the letters and it spells Sinatra
Yes, I gotcha b**** it's Logic
[Hook] 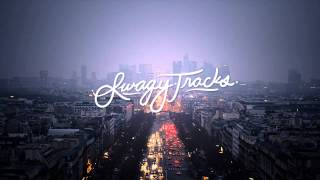