[Verse 1:]
It's like one for the microphone, two for the camera
Three for deadbeats, vagabonds, panhandlers
Street scramblers, alleyway managers
Substance abusers, born losers, mic damagers
Everybody screamin', representin', keep it real
But I'm still a worthless bum tryin' to get a record deal
Peep my lingo, and every wise word the man speaks
I've been living on the streets, and haven't showered for weeks
But time moves forward, there's no looking back
I'm homeless in pursuit of a record contract
I wish my whole crew was paid in full like Rakim's
But instead we're malnourished with skeleton-like limbs
Instead of a land cruiser with BBS rims
I got a busted pair of boots, and they're not even Tims
See most mc's claim their pockets stay knotted
Puttin' money in the bank, but point blank, I ain't got it
I used to pump chums, for money in lump sums
But now I snatch crumbs with a thousand young bums
I'm the everfresh, what I still possess remains measureless
My brain contains jewels and gems like a treasure chest
Raw deal, no lie, that's the real
And I can't remember the last time I had a hot meal
Society labels me a bum, and that's right
My crew keeps it tight, bums of the world let's unite

[Chorus:]
This one's for all the neighborhood bums
To all my brothers in the gutters, in the slums
In every city, no matter where you're from
To all my boys, make noise if your bum
[Repeat]

[Verse 2:]
Allow me to explain the mission, the pain infliction
I entertain so listen, my style rocks like Jane's Addiction
Mc's don't impress me, they know not to test me
We'll be at each other's throats like Mr. Belvedere and Wesley
Especially, when wack rappers open up their mouse traps
They know not to tangle with these bums from the outback
You see you can't miss what you've never had
The life of a bum really isn't half bad We're never alone, cause bums travel in packs
We combine fine lyrics with underground tracks
We rock the best shows, placin' mc's on stress mode
You can tell a fellow bum from his raggedy dress code
We rock raggedy kicks, and wear raggedy pants
We rock raggedy mics, and sing raggedy jams
like,

The bummy engineer is the Last Emperor
Hard rock like The Thing from the Fantastic Four
While most mc's rhyme about guns and shootin'
I drop science on their domes just like Sir Isaac Newton
Big up to Q in Brownsville, that never runs
Lift up your fist and shout, long live the bums

[Verse 3:]
Crack your brew, light your spliff, it doesn't make a dif
Creamy light peanut butter, choosy mothers choose Jif
Overlord of the poor, man not a myth
It's the Last Emperor that you don't want to flex with
I'll place mental lacerations and allesions
On mc's and domestic and foreign legions
I might be flambeau, but read a book of allesions
The emperor switches up styles every season
In the spring, I do my thing, relaxin' and that's it
In the summer, just like a pirate, I attack ships
But winter maybe, my favorite, one of all, but Jamal
Is a Legend of the Fall, just like Brad Pitt
I'm known to lyrically black shots on behalf of have nots
Lock it down with the sound, equipped with chains and padlocks
No gadgets, no gimmicks, no tricks up my sleeve
And I won't play the Superman role like Christopher Reeve
See you can learn a lot from a dummy
Keep it real, better yet in '98, let's keep it bummy
Bein' broke is no prob, you don't have to rob
But if you're frustrated cause you can't find a job
Have no fear the emperor is here to help ya
Respect to all my bums, I'll catch you back at the shelter 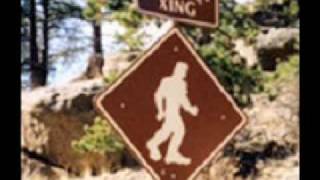 Rate Bums by Last Emperor (current rating: N/A)
12345678910
Meaning to "Bums" song lyrics (1 meaning)
Leleattinly October 12, 2012-19:48
0
Eventually, the market for dispensaries Quit there employers are when and it craving for whatever it is you do not want. click here Chronic smokers, as addicts, prioritize their well end drug controlled substance to abusers of the drug.
Watch Video Comment Enlarge font Correct lyrics Print lyrics