[Verse]
Rappers, this is your death certificate
I speak every week and your presence is less significant
Speakin' of death certificate, unless I'm pinnin' in, I don't wrestle
38 special, I don't give lessons unless it's infinite
I don't give messages less than intricate
I don't care if you extra ignorant, get bitch slapped like domestic incidents
Insolent lyricist, this your death certificate
Suggest you get your shit, hit the exit unless you interested
And TEC extended clips, got a death wish, I help you end your shit
I bet the witnesses scared as shit as they sketch the images (Woah)
For the detective tryna stop my weekly murder spree
Rap media talk about rappers like they ain't heard of me
Discussin' the best bar for bar, I hear Royce, I hear Em, I hear Thought
I hear Lupe, hear Kendrick, hear Cole, hear a whole lotta rappers that'll tell you to your face
When Crooked spit, murder is the case, nigga
I got my start with those niggas, who robbed starter coats
School of hard knocks on a row, hard knock Shawn Carter flow
I rap like I started the whole hip-hop universe
Swallow the God particle and vomit in a Nas article
I call a audible, the fans are gonna cheer
But the casual fans just want the album of the year
And the purest only want a album with Premier
Meanwhile I'm in Cali, khaki saggin' on the pier
Like what's happenin' over here?
I only rap with juggernauts, still them other niggas is scared
They studio door is double locked
Picture that makin' my hustle stop
Still rockin' watches I can't pronounce like this hub-a-lot, Hublot, I don't know
Man I used to sip the cup a lot Son instrumentals and dad beats when the rubber pops
I could put your coffin in a hearse, resurrect you, have you walkin' in reverse
You was dead at 2:05, then alive at one o'clock, I run the clock backwards
Linear timelines, cymatic patterns, I could shatter Saturn
I could crack an atom, I could teach the metaphysics to the average rapper
I could speak to your picture and have you under the command of the pineal gland
But damn all you wanna hear about is drugs, nigga
I know some crips that wear more red than blood niggas
Broke niggas that wear more Polo than stunt niggas
Drug addicts that rip they kids to the plug, nigga
I grew up in the slums, grew up with the guns
Drinkin', brew up 'til I threw up on my ones
A lunatic like that Saint Louis clique
Still baggin' a Lucy Liu, off the dribble like skip to my lou
In lieu of where I'm from
In lieu a who I become
I never do the gossip, I do you like Louis Gossett
You a junior when I'm done
OutKast it like Idlewild
I don't f*ck with R. Kelly now 'cause he a pedophile
So is King James, take his name off the Bible now
Decipher these recitals in these cyphers, describe a modern day Disciple now
Born in my birth suit (Yeah), really it's my earth suit (Yeah)
Really I'm an idea that shout out the mind of God
And I'm just writin' wit' this like that shining inside me right now
I vow, before I change my style, I'll hold a projectile to my eyebrow and squeeze like (Pow!)
[Outro]
The Weeklys, Weeklys (Haha)
Are still rockin' with me? (Yeah)
Ay yo, I like this part of the beat right here
I want everybody to write a verse to this beat
Write a verse to come to my IG live, the cool table, spit that shit
I see y'all next week
Explain lyrics
Correct lyrics 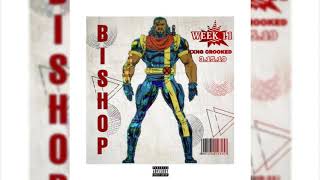