[Verse]
I'm really cautious, when I walk into the house
I'm on my 20, it feel I got cotton mouth
Today gon be sunny as hell and Im poppin out
Today gon be sunny as hell let the dotsons out and they on me
I'll rather go without, than be corny
If you gon slide on me, don't record me
Wanna run into me go to barney's
First they start off frontin then they call you
Mind ya business, if it don't involve you
Keep ya distance, if it don't evolve you
It be different bitches, that I called through
I ain't wit that bitch, and i'll draw too
I was out there pitchin when the law drew
Bitches acting different, acting all new
When I had my baby, think I'm that cute
I was servin daily, inna track suit
My first time out la, I drunk act to
Before I went I thought it was a bad move
Then I went and ran into some cash too
Took a half, now I'm in my act too
I was on em daily, f*ckin up my paper, ion speak to suckas, ion hang wit haters, I'll wake up and hustle, i'll get high later
I'll get high later, bitches wanna f*ck you when they smell paper
I was in the bucket, trynna elevate it, quick to say f*ck it, it ain't bout paper
It ain't bout paper, grab a nan, tuck it from the chinks hopped out the wheel huh, music still playin, I was mute playin But it wasn't playin
Grab a nan, tuck it from the chinks hopped out the wheel music it was still playin, I just hit my man like (Comon now)
Grab a nan, tuck it from the chinks hopped out the wheel music it was still playin, I'm like
Never gon make it out all of this shit if I never leave
I know I shouldn't be posted wit niggas that's sellin weed
She text me, like she gotta taste for a stake, from eddie V's
I ain't trippin, but look at the niggas they pickin instead of me
Like I ain't give em tears and years of pain, on everything
I was broke and ain't know what to do wit my fame, lost everything
Where I'm from, ain't no such thing as keepin ya cool, just let it ring
Bitches be catchin a tude, I ain't reply back to a pic of some shoes
Feel like these bitches be hitting me, all on my dick when I ain't in the mood
f*ck them I'm workin my ass off to get my lil sister the world and the moon
I got her back through whatever, no matter where I live I always make room
I know she scared, I know that she been through sum shit and it wasn't cool
Sweepin these bitches right off of they feet, wit know broom ayee check out this tune 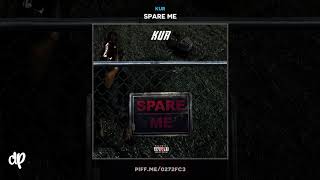