[Verse 1: King Iso]
Wake up in the morning, take a piss
Eviction notice on my counter door
I so don't give a shit
I only wanna get some coke because I'm doper than Lamar Odom
Plus I got a hoe that look like Khloe on the Strip
'Bout to sniff another Xanny, pull my bitch up by her panties
When I feel like it's Miami, I'm a Tony in the bricks
Heard some niggas beefing with me
That's bologna with some chips
Thinking in the river nigga like an oldie or get sent
Bet I won't remember them or Lord can I repent
I ain't never going back like the homie out the pen
People prolly wanna kill me for some old shit I was in
I be thinking "Did I do it?" and I know I prolly did
No in-seam but I got the forty on my hip
Y'all can bear witness like Yogi 'bout to snitch
And I bet I'll get ya shorty, I was broker than a bitch
But I guarantee you, she gon' let me poke her with no chips
Niggas can't kill a ghost man, you know I'm what it is
I'm already dead little homie I'm convinced
Ay that was for the gang, got to show 'em how I live
It's some inside things them and only I'ma get
Popping all these pills, brain holy like a Christian
Weed got me 'bout to let go of my retention
They know what time it is without a Rolly on their wrist
Yeah this music kinda dark but brody got it lit
Then I murder everybody leave 'em floating with the fish
When they find 'em they'll be bloated like a hoe that got to shit
Already brain-dead prolly, I don't know how I exist
Wanna see a dead body? Blood poke him with a stick
Did it by my lonely, ain't a codependent bitch
Shout out to my homies still rolling with the sick
Pull back up on a hoe because I know she with the shit
f*ck her, wake up in the morning, bet I won't remember shit
Like that

[Verse 2: King Kash]
Bet I won't remember shit, I put this blunt up to my lips
Treat the paper like a coin and niggas know I'm 'bout to flip
Novacane up in my veins I'm feeling numb to all this shit
Since I got up in the game I had 'em nervous like a twitch
Call these bitches trampolines the way they jumping on my dick
And when it comes to your opinions zero f*cks is what I give
When I came up from the bottom, broke the surface like a fen
And hating niggas want me dead, or doing life up in the pen
But I made it worldwide, across the world where I done been
Even though they did me dirty like the waters up at Flint
Y'all ain't really moving like your bodies in the splint
Put some holes up in their top like I'm trying to let them vent
Remember all the days when I ain't even have a cent
And I was digging in my pockets, only pulling out the lint
They got me running up a bag for the knife I came up wit'
I wasn't eating not a crumb and I ain't even have a mint
For this music I was made to turn my pain into a hit
I smoke a blunt and take a sip, I pop a pill, I may forget
That I'm strangeually sick, text, killer photo pic Couldn't see me through this hell, riding low up in this whip
Going in and out of focus, didn't notice I was it
Woke them niggas like some Folgers and they know I was hella schiz
All the woofing I was doing, get 'em photo like a tit
Shit I'll do a little stint for droppin' niggas like a hit
Am I even making sense or really ain't no faking it
It seems I'm lost in space again and I don't know what day it is
What you do ain't phasing 'em and then they go back to make amends
'Cause I blew they hated it, that's why these niggas faking friends
Said I never break a pen the industry and take a wince
And when this beat be creating 'em I scratch your face like breaking wind
Never let these settled in, these painkillers fading in
They got me feeling like the weather, bet I won't remember shit, motherf*cker!

[Verse 3: Snake Lucci]
I was in the Bahamas sipping on Presidente
Smoking Jamaican but Cuba cigars pushing mix-tapes
Going on cruises, I'm calling 'em guava juice sent steaks
Smoking that presidential Donald Trump nigga big strains
Loud dream that oracle white fire OG blackberry kush
That blue odyssey, that green crack strain
Edible's infused drinks, that rap lean
Y'all be smoking that bamboo end stems and black seeds
Pinners in the pen cost 25 slugs
Smoke a nigga for what he paying with a 45. snub
Shadow niggas like it's pure T.H.C
I'ma soreno it but I be with 25 Bloods
I won't retire, I'm a OG
Jason how I fire up the Voorhees
It's a force fire when I blow trees
Stepping on these squares like hopscotch
Higher than a nose bleed, gimmie the mic I won't leave
I hope my mama went to heaven when she overdosed
Got me feeling empty, cold-hearted but I know the ropes
Only way I know the cope is rolling hella blunts to smoke
It numb the pain enough to make the devil get the holy ghost
Sitting in the cell hella Colo
Brodie roll over populated sticking I control the over flow
Prison politics and dubbed to y'all niggas don't wanna smoke
But try to make parole I'm banging saying I'll control a boat
I won't remember shit as long as I roll up a spliff
I'm blessed to see my homie lift like uber I was taking trips
I hit the bong, I take a rip, I pop a thizz
But not a stick up my back against the wall
I feel like I'ma hit a lick
Got me stressing over shit but I will never stress a bit
You saw my heart and blast it nigga
I get real with Bloods and Crips
Rest in peace to Rodney "Yuck" Hunt free D Ray "the stunna" shit
I hit the bottle, smoke a spliff and missy won't remember shit 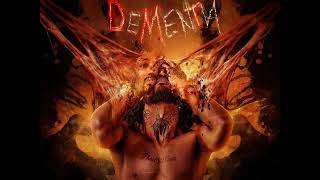