[Verse 1]
Mama told me I was different but I made it worse
Breaking down my medication when I make a verse
Pop a pill and wash it down with liquor make it work
Y'all ain't really brainsick, where ya paperwork
The government ain't never tell ya that you can't go work
The board of mental hustle, they the ones who played us first
Breaking out the hospital, see ya later nurse
True shit, helicopter looking for me, they deserve
A little credit cause they made a nigga legendary
They tried to lock a nigga down and it was hella scary
Momma in the courtroom crying testifying
Always told me that the Schizophrenia would be hereditary
I never thought I'd find a woman I could get to marry
I'm in the mirror hella bloody when I'm telling Mary
My mama told me she ain't want to see me dead and buried
Now I'm getting love like the second week of February
Veterinary how these niggas wanna put the dog down
I'm really sick and plus I made it, how do y'all sound?
Not too many niggas make it out my small town
Now I hit the mall like I'm freeballing, ball out
The only nigga in the city with a raw sound
Other niggas need it hang it up like a wall mount
You niggas fronting like you killas, better draw us out
Before the pen and paper is the only time you draw down
f*cking look at what the fame did nigga
Made it out the hood, now they hate this nigga
While you on the turf on the same shit nigga
I been on the road daily getting paid bitch nigga
Now you got ya hand out like save this nigga
While ya baby mama wanna rape this nigga
For you hating ass niggas, let me say this nigga
This the life of a Brainsick Nigga

[Verse 2]
Talking to myself in the mirror like "what you gonna do?"
When you got niggas hating on you in your own crew
Make up the nigga to show you love like they s'posed to Then change on you quicker than Superman in a phone booth
But these the people who would turn around and be so cool
With you 'cause you popping and now you wit' me to go too
But I got supporters my nigga, so you I won't use
Like inside a photo "my nigga did it", it's no use
The old dude with old shoes and clothes too
No soul fueled and no du' was close to
Hoes so rude and boastful and chose to
Show no room like 'oh shoot I know you'
That was all eyes on me like both ovals
But I'm still an outlaw, but so noble
Flows like Iso's spirit, gold, I'm no fool
So full gas on niggas, you got low fuel
My vocals on broke tools will produce mo' food
Now I'm eating good like produce
Came a long way from old bull, I'm old school
Po-po's like bad boy, "what you gonna do?"
I'm from a city where niggas'll run up on you
When them niggas seein' you doin better, than they want to
'til you blow up, it's love they won't show you
And that sums up the whole 402
So you can't play this nigga
Unless I'm on ya iTunes playlist nigga
I been doing numbers wear a pay pin nigga
And turn a straight bitch like Caitlyn Jenner
Sitting in the crib like a play pin nigga
But I been on the road like paint strips nigga
I'm no house nigga, I'm they favorite nigga
You hoes just mad, this the life of a Brainsick Nigga

[Chorus]
I came from nothing to something now niggas got something to say
I don't understand why you judging me dog all because of my fame
But I keep on bracking while counting this loot but it's fuel to the flame
If you tripping, take one to the brain
f*ck it, I'm stuck in my ways

I came from nothing to something now niggas got something to say
I don't understand why you judging me dog all because of my fame
When I keep on bracking while counting this loot but it's fuel to the flame
If you tripping, take one to the brain
Nothing has changed, I'm stuck in my ways
Explain lyrics
Correct lyrics 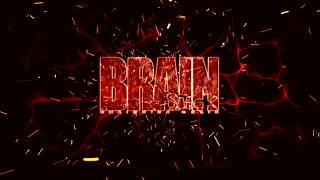