[Verse 1]
And as far as history agrees, I ain't a person
So here's my letter, dear Willie Lynch I can't reverse it
And worth is when it get to me indeed to make a purchase
That's why my social's what it is and what my date of birth is
People telling people find yourself and they been searching
Blind go to blind and seek for sight and paid for service
And work to stay above water but this ain't the surface
That's what I bought that Fo' for and get on some Dave and Purp shit
I've been smoking purp and hang with perps that came to merk shit
They went from hanging us on trees to courts, we ain't alerted
To make it out you gotta sell your soul or slang your work kid
Man they've been sellin' niggas way before we made our verses
You wonder why I'm cutting up, so what I ain't a surgeon
My brain been sick as f*ck I bet I'm stuck to dating nurses
I'll tell a critic suck a dick until it makes the thirst quench
While you was popping percs man I was out here taking purses
But that's what happens when you lose yourself like Shady, certain
And now they force you meds don't matter if you ain't allergic
And discharge you early so you break and can't refurbish
And make you stay with someone til' they say you make em' nervous
Petition you then distribute your cash, you can't be workin'
Position you for ridicule you're mad and hate the churches
Suicidal tendencies that get to you there ain't a purpose
This is a Cold War dividing you you'd think I came from Berlin
Perfect!
Revelations got my brain just burstin'
I was right there with Eve and yelling, "Thank you Serpent!"
Because I lust for knowledge and a queen, I ain't deserving
And Satan lurks the internet so watch what page you surfing
To rid your curse like it's derogatory language lurking
I need a pat on the back my nigga like, babies burpin'
My soul was separated at birth, Katie Leclerc shit
I do it for the love I take self hate and convert it and tell em'

[Hook] x4
Ignoring self and bliss, now euphoria
In the mirror like I almost didn't notice ya
But lately I've been fearing I've been loathing But where I'm from we call that autophobia

[Verse 2]
Tried to drop jewels on my homies til' they were in steel
But all they want is diamonds on they pendant; is that shit real
Then I look in the mirror for a minute, then I sit still
And realize this is exactly how I'ma get killed
My self love made me get on, so what's the big deal
Everybody treating me like I just signed a big deal
It's like they don't want me to grow like I'm a kid still
So when I pass away I'll try to leave more than a big wheel
So I grip steel and a paranoid banana clips will get peeled
Anxiety; can't sit still
Mr. Hank, get it, shit's real
My senders gone I'm sick still
Don't say shit my lips sealed
I'm too broke to fix meals my son wants a kids meal
Won't flip out, my bitch will
A cold world, no windshield
I crashed my whip the other day almost flew through the windshield
I spit ill and got preyed on, they never did kneel
And now I'm taking flicks on the net, touring, forget chill
Man they gonna f*ck around and sign my ass for ten mill
And I'ma blow it all on drugs I love how Sid feels
And if not record execs are getting windmilled
The kid still lives as vicious as what Sid feels
I never had self love to know how this shit feels
I hope I get married nah really I hope my chick will
Because I'm a piece of shit and she know, prolly' is pissed still
And one day she'll kill me and get sent up to Litchfield
Like adios amigos, it's been real
This is not music nigga it's film
This career ain't working out but there's a big field
I'm about to walk through the traffic and hope the bitch yield
This pen is my sword and the paper is shield
And til' the pickle suit I never was a big deal
I love this rap shit but sometimes wanna quit still
And I will never sell out, but this disc will
And tell em'

[Hook] x6
Ignoring self and bliss, now euphoria
In the mirror like I almost didn't notice ya
But lately I've been fearing I've been loathing
But where I'm from we call that autophobia
Explain lyrics
Correct lyrics 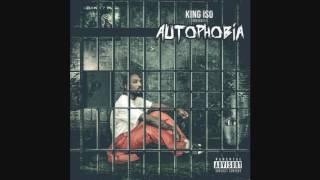