Revenge Of The Intern Lyrics

Revenge Of The Intern Lyrics


[Verse: Khary]
If you can't tell, I'm committed
Back from the grave with some Tales from the Crypt shit
Used to slave part-time, Urban Outfitters
With no break, I ain't clocked in, in a minute
Wait, I swear there's something I'm forgettin'
Bruh, you don't got to rap to get bitches
Naruto Village, it at least stay hidden
Saitama Sama, my shit just hit different
Rap would be great if could bypass an image
My fans ain't fake, 'cause they bypass the image
At heart I'm an intern, I'm fanning the ember, Charmander
f*ck you, and f*ck all your dandruff
My answers to all of your questions, don't care for the banter
Don't trap in Atlanta, but snap like a camera
Flow get so dirty it works on my hairbow
Work some too early, I best understand it
Seven years in New York
And all I got was mild depression
I just moved west, still ain't learned my lesson
Everybody swear, everybody, fakin' their label
To me, sounds like what the fakest nigga would say
If I stepped to intern, I would probably have a job at a record label division
They be like, "Why Khary always disgruntled?"
'Cause he rap better than the niggas you representing Proud of my decision, I like it this way
When no one checking for you, it's surprisin' when you say:
"Boo, what's up niggas? I still do not f*ck with you
Not tryna brush up with you, y'all some touched up pictures, Don't let the tough luck hit you on the way out."
Took a few years, but I finally found a way out
Surpassing all my peers, I'm more stubborn and talented
Was never a top pick, look at how the draft played out
Maybe I got in too late
Maybe it's too late for this shit
f*ck it, I'm already here
Might as well kill careers, purely for my existence
Overqualified for a freshman list
Feelin' underrated, I still got my best to give
A living Michael Jordan meme, saying, "f*ck them kids"
The Revenge of the Intern, I'm the next to kin, yeah!

[Hook: Khary]
I don't give a f*ck about a bitch!
Hatin' never paid a nigga's rent!
I been interning for my shit!
I called up my boss and said "I quit!"
Niggas had to get it on they own!
I'ma build a house that's made of stone!
Sprint account, still in my momma's name
Some shit's bound change, and some shit won't
Explain lyrics
Correct lyrics 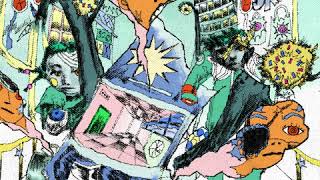 check amazon for Revenge Of The Intern mp3 download
these lyrics are submitted by itunes3
browse other artists under K:K2K3K4K5K6
Record Label(s): 2020 Kousteau
Official lyrics by