[Verse 1: Khary]
I need you to know that I ain't worried 'bout these niggas
They ain't gotta f*ck with me, I'll just keep f*ckin' they sisters
Got in one fight in my life, I don't even know who won
But I learned very quick, what's a fist to a gun?
What's a- gun to a thought? Ideas never die
I'm a wavy ass nigga, blame the moon in the sky
Tides rise, and tsunamis are in tune with gods
I am Zeus with a trident, no, Poseidon with a rod
I like my gods fake 'cause people are too
All talk the same shit, what a bunch of R2's
D2's, all I got is these nuts for these fools
And a pretty big dick if her titties D's too, awe, man!
I might have to put in for a gram
Higher than a Kamikaze pilot in Japan
Never bought weed in my life, but there's a first for everything
Like, I swore she had a man, but have you seen her wedding ring? M.I.A
Missing in action, sorry, Mrs. Jackson
I don't got time to chill, I'm not a fridge magnet
I call mutiny on this ship, make you a missing captain
I just leave these saltine niggas in the kitchen cabinet
This not is not an episode of Malcolm In The Middle
This is Khary on top with a little ass fiddle
If you make your own lane, you ain't gotta follow who driving you
My nigga told me, "You gotta' be faster when they bitin' you" (Yeah, yeah, yeah)

[Verse 2: Khary]
I don't need the gas to go, I just need the cash to flow
I don't give a f*ck about the racket, Like I'm McEnroe Talk all you want, if you think you're more than average joe
You must be nuts, and I'm crushing all pistachios
Di, di, di, da, di, di, di, ai, di, da, di, day
If she got 10,000 followers, she's prolly' not the bae
'Cause the- ass look full, but the= brain be hollow
Put booking in her bio, 'cause she swear that she a model, awe, man
Where we going? What is human nature
If we're out of tune with birds in this Twitter nation?
I just try to keep it lit, avoid the litigation
Thirsty bitches all up on my glass, like some condensation
f*ck your conversation, we don't even need to speak
Goofy Daffy Duck-type niggas, don't even need a beak
Talking how "We gon' do this", and, "We gon' do that"
Nigga, I did that shit last week, where was you at?
Two birds with one stone, if nine lives what you got
18 bullets, I'll probably kill two cats
Wouldn't get the point if your bare foot was on two jacks
Any lap you run, I've already done two laps
"Who that's nigga with the yellow coat?"
Got y'all pissed off, like yellow snow
Put my heart in this shit, like a stethoscope
Competition in the water, I just hope y'all float, say

[Spoken: Khary's Mom & Khary's Dad]
"Uh, this is your mom. I just needed to talk to you and give my- critique of your most recent song... And then also wonder where the pictures are you gonna send me from your photoshoot, and I need that today. Bye-bye, call me."
"Hey Khary, just calling to say happy birthday. You enjoyed your day? Talk to you soon. Love you. [???]" 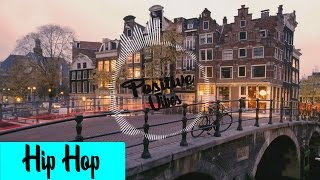 check amazon for Mutiny mp3 download
these lyrics are submitted by itunew3
Record Label(s): 2016 As We Arrive
Official lyrics by