Oh, Spirit of Fire! Formed by the powerful force falling over these lands,
destroying all the ignorant contamination created by man.
Your arcane secrets reveal us
Secrets that milleniums ago others have trusted to the mighty ones
when the human race unhabitated the earth and now are hidden behind you
Dominating sorcerers of magical, daemonic powers strenghtened your terrible flames in their rites
as into the dark flamed forests raised their hands and summoned powerful cosmic forces
I've deepened those endless forests & I've had shattered visions,
malignant deities hailing from other dimensions have been in front of me Oh, Spirit of Fire! You've let discovered terrible entities
give me the power to confront them
Azagthoth, the blind and idiot God with his derisory face and monstrous appearance
surrounded by his starving hordes showed his image to me.
Nobody will ever know what lurked behind that being.
I saw him, drowned in the deepest despair, I felt at the madness edge
Oh, Spirit of Fire!
The Fire formed by the fury of the nameless Gods from their red thrones, reveal me the secrets to cross to the Outside
Explain lyrics
Correct lyrics 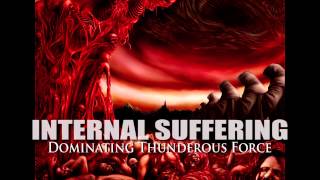