From the catacombs, from the murky deserted place
the abominable monstrosity has appeared
extending its wickedness all over the planet
strange entity, unmercyful destroyer
ambushing in the dark to devour humans
Pestilent hideous presence
Immense and powerful
Huge reptile scale
Big animal snout
Horrible, monstrous
For a long time remained into the dense forest
none of the animal species survived
since they were its prey now human blood makes it stronger
and feeds on their flesh
Entire nations exterminated
in their search for salvation
but their lives are other god's own
and have began to send their hordes
There's no escape, beg for your life
the monster's footprints have remained
the ancient god's order has been acomplished
the abominable beast's been saciated
the world is theirs, and now
returns to the Catacombs
Explain lyrics
Correct lyrics 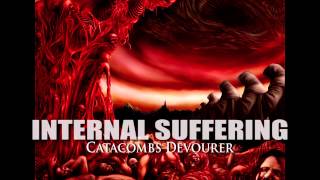