Poetry In The Streets Lyrics

I spit on your grave, piss in your mouth, and shit on your face
Grind you into slop meat and serve you to your friends
We're moving bad taste
Another brutal shooting rampage
Turning humans to ashtrays
Groupies to crack slaves
And boobies that lactate,
Squirting mad milk, I never have guilt
I have krill's, I'll have you fags killed
In front of your mom and your dads grill
Splattering both of them
With pieces of your exploding head
Brain fragments staining' clothing red
I make you love the pain, it hurts
We make music for drug addict pieces of shit that love the dirt
It's psychological
I'm like having a rifle shot at you
We're not the type that smile at you
We're the type to body you
Slit your throat with a broken bottle
Pieces of jagged glass stabbing' you through your f*cking eyeballs
Have you swallowing cyanide screaming die whores
Watch it kill your physical first, next your minds lost
Leave you in the funeral home you make a fine corpse
Got you splattered across the walls when my nine talks!
Murder you execution style like a crime boss
Travel through time and terminate you like a cyborg
My mentality's grind core 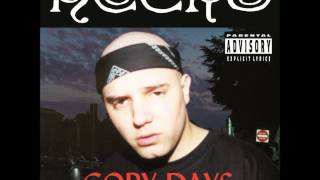 check amazon for Poetry In The Streets mp3 download
these lyrics are submitted by musixmatch2
browse other artists under I:I2I3
Record Label(s): 2011 Uncle Howie Records
Official lyrics by