[Verse 1]
They want that Husalah Husalah wit' his hands in the pot
They want that 96 boot James wrappin' his hands on the chop
Sweet flame meltin' down a pipe and a rock
Inhaling that smoke and came back to the spot
Hand over fist, stackin' chips, rockin' zips
Post on the black top wit' the MAC hot, original mob shit bitch
This is the mind of a sociopath on a righteous path
Ack sales golasic became the kings of the fiends and the crack addicts

[Verse 2]
Yo, what do you do when people beg you for your talents?
Sadness, sorrow, tragedy, create balance
Last nigga livin', last nigga standin'
Step out the dark, producer firearms, dischargin' the cannon
Jezebel movin' melodic irregular discharge in her panties
Flowers on the high school concrete he never woke up from poppin' a zanie
I'm dedicating myself to my family and my health
Refraining from my older self wit' multiple shootings under his belt
Speak of my old self in third person Did every album without rehearsing
Under the influence of multiple intoxicants
Deeper the dean and spirits he hurt

[Interlude: Man talking]
Man, understand the cypher
All addin' to understanding
I understand my cypher
I see the clearer picture, in mines
But don't expect me to understand your cypher
That's yo' job
See, I know the art of mindin' my own business
That's why I say understanding, my cypher, not yours

[Chorus]
I never cared but they made me
Sometimes I'll feel crazy
Then I realize I'm amazing
Ooohhh, ooohh don't die, ohhh

[Verse 3]
Yo, do the math on it that fake shit ain't makin' sense
Hatin', ho shit, punk shit, never paid the rent
You see a man can be insane wit' sense
Asphalt and pavement bitch
That's yo' ass and yo' fault, blue flame and multiple clips
It's hopelessness 'cause the potentness
Of the stepped on shit you stuff in your nose is just
Killin' you young ninjas, they dyin' like dumb niggas
Can't always blame the honky some of you niggas is just dumb niggas 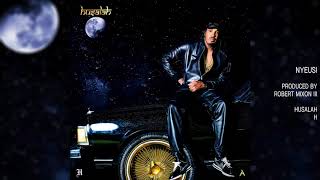