[Verse 1]
Nigga, this dope shit for real niggas to mob to
Husalah, Husalah, if I need to remind you
Thirty-six shots with my side tooth
If it's really on, suckas die when I slide through
Plus, I got twenty-fours on the drop
Knockin' hoes on the spot, off top
Nigga, one gun go dumb blam, mob shit, dumb slap
Everytime the Husalah rap, boppers get dumb ready
I f*ck with work, not sluts, they both cummin' heavy
White shit, two times on my futon
Either with your wife or crack, my face a coupon
That's low price salad tossed with croutons
Hold crack in your butt, bitch, the Husalah
Plus, I gotta left cross to slap to leave the nigga stiff
Leak a nigga like a bootleg tape
Once I rip a nigga with this rave then his face faced his weight
Everytime I get the 7 3 Caprice they see the whip is way older than me
I'll listen to this stupid freak
Slick Rick, Freaky James in the trunk
When I dump on a punk, nigga
What, it's young Husalah

[Verse 2]
I write music in the dark off the beat of my heart
On a cold block waitin' for the heat to spark
Itchin' for the sun to go down 'cause when my shift will start
If it's all in your odds keep f*ckin' with the Husalah
'Cause from my stand point I'm seein' niggas self destruct
It's not cool how my day to day life go
Big rims and rifles, how I got where my knife will go
It's the violation committed by alleged defendent
My DNA real Mob, I'm world defendent, a world descendent
A pure Husala-dominichinch, niggas all in chickens and potico
Goes from milk that niggas is sniffin'
Simply to make it simplistic, my build is terrific
I feel it when niggas try to duplicate the laced mob
I'm ressurectin' an era of '94
Just to make it poppin' when it's dumb ass back lit We stack chips
Weather we stack bricks or murder from this rap shit
I come through with the fifty round and clap shit
Clap, clap, cla, clap like an audience
Dome call, dome call, dome call body shit

[Verse 3]
Ever since I, I was a young buck nigga
I ain't ever in my life been a young punk nigga
Known for my knock outs and dumpin' on niggas
I ain't talkin' 'bout suckas, yeah, had to beat ya, no killins
And that's the way we got our stripes though
Swear to god, my whole life I sold coke right bro
Never had a chance to take a flick with a prom date
Never seen the tenth grade, let alone graduate
And that's sad for ya nig but I was lovin' it
Soakin' hella game from the OG's I was f*ckin' with
Mean OG Mac West on a late night hype
He caught a hot one, took cake, them peckerwoods tried to give him life
I was out there with Ruler that night
He went down, got back like 9 zips with cooked crack
These fake rappers keep dreamin', man
Most my nights I couldn't sleep in the evenings, man
But you can only really feel me if you lived that life though
This the type of shit I think about at night bro
Killin', drug dealin' and prostitution
Upholdin' the Fifth Amendment of the Constitution
Holdin' steady with this shit but never got arrested
Wearin' a stop snitching shirt, nigga, but you're the one tellin'!
They be only gettin' seen in remote towns
Pop up in the Bay and get your bitch ass mowed down

[Outro]
This the Mob, we the main event, nigga
Ya' know what I'm sayin'?
Lost a gang of my niggas but we gon' keep it lit though, nigga
You feel me?
Niggas talkin' 'bout killin'
That's some funny shit 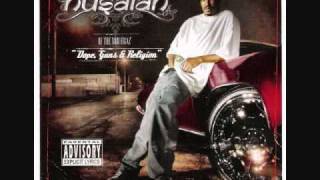