[Verse:]
I'm gonna talk when I wanna talk
I don't need the long distance to plan this s**t
Did it on my own with no management
Must be why nobody can manage him
And you know I always want to take advantages
Find a poor kid, sell him on a fantasy
But I've always been way above the average
That's why nobody else can compare to me
Other rappers don't offend me
Cause I got more drive than a Bentley
In the driveway with a., dream girl.
I'm just trying to get an Emmy
f**k that, I just wanna get a Grammy
Then add three more for my family
Got a plan but I never had a plan B
If you think you'll fail then you might as well drive in a Camry
And I may never get the cover of that Rolling Stone
Didn't fit the vibe they were going for
., but I couldn't excel
They said we really don't get it but we're wishing you well
Oh well, lol, ain't got time for no print
Fame come and go when you rhyming so s**t
Ain't gotta sign on no dotted line
But if I do, f**k you for criticizing
When I pick up the phone, they don't even call back
They just leave me a voicemail
They gon tell you changed and s**t ain't the same
Like this s**t was a choice, hell
My haters are kicking the bucket
It must have been hard to be wrong all along
But isn't it love when they memorize every damn word of your song?

[Verse 2:]
One shot, two shot, three shot, super drunk
Four shot, wrong shot, jump shot, no f*cks
Even when I spit it I'ma be the spitting image
Of somebody you recognize when you watching television
I'm just trying to be like Jordan, I'm tired of being Pippen
I've been coming off the bench and watching my haters get it's a young Jake Gyllenhaal,. the beat cause I kill em all
. seat cause I fill them all
Go hard m**********r, ain't a pen involved
Y'all try to get up any way that you can
Step on the back of your favorite fan
Charging like 50 to take a quick picture
You scummy a** rappers are not in demand
And you certainly ain't in it for love
I'm just saying this s**t cause it's true
I know that all of y'all wanted a bus cause the image important to you
Well I guess that's human nature
Selfish motherf*ckers never do you favors
Till they all get dropped and they sent to waivers
Go shop get shelved like it's Lord and Taylor (what?)
I'm the man in the city, well I guess that'd make you the miss
These rappers are acting all over the mic nowadays and they ain't Ludacris
You tell me you hate I exist while your girlfriend is grooving to all of my songs
She made you a Spotify playlist and there ain't no room for you dog? 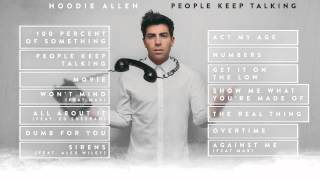