Say a prayer for the cityscape skins.
Half are getting sprung and half are going back in.
There ain't no getting thru to gideon.
He lost his mind when they jumped him in.

Say a prayer for sweet charlemange.
He had the pigs at the door. he put the drugs down the drain.
He's gonna have to come up with seven grand some other way.

The gangster disciples knocked me off of my bicycle.
It was midnite down by selby & griggs.
I shouldn't have gone down there but it was too late to switch.
You gotta dance with who you came with.

You gotta go with what got you there. I came with chipped teeth and some bleached blonde hair.
You gotta make due with what they gave to you.
They took ten bux and my tennis shoes.

So say a prayer for the boys in the band.
I was out of my head so it was out of my hands.
White wine and some tallboy cans.
They powered up and they proceeded to jam man.

Hit it again on the south side of the gym and my one friend got two girls in a twist.
I got stuck with some priss that went and sliced up her wrists.
But you know you gotta dance with who you came to the dance with. 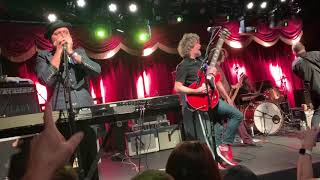