holly wore a string around her finger. she said it helps her to remember all the nites that we got over. besides, it ties her outfit all together. holly wore a string around her finger. there are strings attached to every single lover but still they can't tether us together. listen to the back of the theater. i think they really love one another. there's strings attached to every little lover.
when they say great white sharks. they mean the kind in big black cars. when they say killer whales. they mean they whaled on him until they killed him up in penetration park.

i saw her at the party pit. she was shaky but still trying to shake it. half naked and three quarters wasted. she was completely alone.
i saw him at the riverbank. he was breaking bread and giving thanks. with crosses made of pipes and planks. leaned up against the nitrous tanks.
he said take a hit. hold your breath and i'll dunk your head. then when you wake up again. you'll be high as hell and born again. 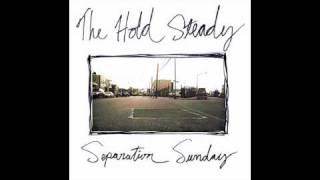