[Intro: DJ Ready Red scratching quotes below w/echoes]
The Negro, the negro still... is not free

[Scarface:] No Sell out!

The Negro, the negro still... is not free

[Scarface:] No Sell out!

[Willie D:]
Here's another Geto Boys' release
I came to teach to those I didn't reach
On the jail, with a clean cut so
Don't give me no joke about the radio
Kids play where the sun don't shine
I think it's time to Public knew the time
Rap Music, they're trying to band it
Cause blacks are getting paid and they can't stand it
They say we're too violence for an instance
But why in the hell just Rock still an existence?
I'm a tell you why it still remains like the cord of the hang
Cause it's a white thing
This is a tag on the black sound
It's just one more plot to keep brother/man down
I ain't with this, God is my witness
Somebody better tell those folks I mean business
And it ain't no sell out

[Willie D:]
Public Enemy was dissed by the industry
Cause the people they trusted is sold out to the...
Opposition and superstition
The foundation wasn't sound for the mission
They said the group did something wrong
But that's a lie, you heard the songs
They ain't curse black to excel
And when that happens, people'll get scared as hell
Call the Police they got rob
Right under that nose, it have to be an inside job
And who was that clown for Washington?
The son of a bitch who tripped across Tom
I ain't talking about the provident brother
This particular chumpas our color
Got a scoop on the group and he ran
Lock him up for impersonating the black man!
Uncle Tom, you want some?
Rap-A-Lot ain't the one, find another son
PE give me five, show them what you got
FIGHT THE POWER! -> Public Enemy
Ain't no sell out

[Break:]
[Scarface:]
Yo D, I'm mad as hell, man
Every time the black man starts preaching the way up
To the black community, them folks get the messing with him
[Willie D:] They call that Fever Black planet, get me? [Scarface:] I got you
[Willie D:]
Well, why don't you get up there
And tell these people what the Geto Boys already know

[Scarface:]
Sure...
We as the people, are not yet free
The first commitment, only applied to the other race
We're never had a taste
How can you sieve delight when you're mixed?
Chuck D, Flavor Flav, let them rip
They ain't got enough brain in this trip
For every voice they try to quite
There'll be another one, and another one starting to bright
If that's what it takes
Y'all keep the fake, I gotta break
And despite how they sabotage, they gonna have to realize
That this ain't no sell out

[Willie D:]
The truth would set you free, someone quoted it
That Griff stuck in nerve with the jews when he told it
CBS was just looking for a reason
To get them out, and that was all they're needing
I wasn't surpriced but it's tactic
I knew it would happen, but I didn't know exactly
Tripper Cross go to hell
You think this shit you did, that would starting notary fairy tales?
Think again sucker
If I was a budget you couldn't make me bucker
The Geto Boys, still bringing the noise
You're losing your poise, getting played like toys
Selling the enemy info
That's what got us what we was 2 hundred years ago
Sold Dollar Signs, didn't you Captain?
Without sacrifice ain't nothing happening
The plan is to hold us back
The ulitmate gold is total control remember that, Jack
Griff, I got your slack, and I'm a hold it 'til you get back
Cause I ain't going sell out 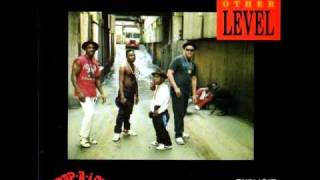 check amazon for No Sellout mp3 download
these lyrics are submitted by kaan
browse other artists under G:G2G3G4G5