There's far too many of you dying

June, 28 was the date 38
Till the chest plate mommy dear's cryin' at the wake
And everybody's dressed up in black suits
Goin' to pay their last respects to the black troop

Why'd he have to die is the question that we're under
But everyone knows that everyday's a different number
So when your time comes, just remember G
You'll always have a place in this world as a memory

Especially my boys who passed away back in '92
Best believe that all the boys in the hoods got love for you
Wherever we go, wherever we be, we be thinkin'
Of how we hung in the clubs smokin' and drinkin'

But ain't much that we can do
Except pour brew throughout the crew
To make sure we all remember you
And believe me it hurts
To see the boy you broke bread with six feet in the dirt, dirt

But I refuse to be another violent casualty
So when I'm rollin', I pack my pistol grip beside my knee
'Cause on the city streets today a brother jus' can't win

When the people you think are your friends
Really ain't your friends, uh and bush wick can't sleep
When everybody aroun' me keeps fallin' six feet deep

A lotta homies die, a lotta mothers cry
I watch tears fall down from their eyes
Everybody wants to go to Heaven
But nobody wants to take the chance
They chose the music so they had to dance

Couldn't tell 'em nothin' was a player, had ta have it
Got caught up in the game now ma boy's in the casket
And everybody's lookin' for somebody else to blame
Ashamed to let his mother know that he was in a gang

We used to kick it on the Ave at night
Comin' up tryin' to have the finer things in life
But now my boys gone, I wish he was at home
I wish he wouldn't a never fell victim to the clone

So when I drink a brew for you, I pour some on the block, son
You might be gone but you damn sure ain't forgotten
So on remember whenever or wherever
Dead or alive real partners come together, and you know that 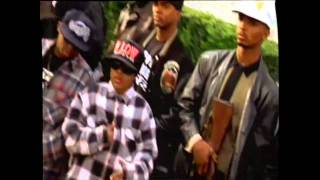