Ain't With Being Broke Lyrics

Ain't With Being Broke Lyrics


Let me hear a stone croak,
I ain't wit being broke
I'm tired of my mother bustin ass for other folks
gettin nowhere fast
while the ho on the corna makin mo money selling ass.
I ain't wit this outfit, I gotta make some moves to by t jones some nice shit.
???? workin on som////da week
It don't even f*ckin make ends meet
I worked down on main st.
Dimes in my stomach cause I ain't had nuttin eat.
So how the f*ck am I supposed to think
when I'm in a funky sweatsuit and still bitchin to meet.
My ass is put and I booked non stop
Make the swap and go shop.
I say this and say that and every other note, I ain't wit being broke.

Chorus:
Money, OH Money
I ain't witn being broke
Got ta get my hands on some. repeat.

I was born in a cheap ass hospital
from the fifth ward, stuck right in the middle
of a rock and a hard spot, before my dad got that ass I was already counted out
what a mutha f*ckin pity
mama couldn't afford milk so we had to suck her titties.
every night in the kitchen I'd see, rats and roaches eaten bettan me.
there was no thanksgiving, they say I'm a fool for thanking god for living,
but being broke ain't no mutha f*ckin joke back in 91 shit just ain't happenin
foo.
I never had a goddamned thing christmas came and went, without a choo choo
train, in the geto, gifts get stolen or bought ain't no mutha f*ckin santa
claus.
Explain lyrics
Correct lyrics 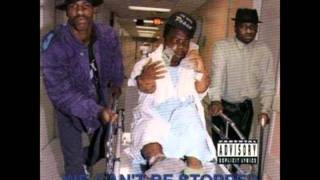