Bring It On Lyrics

Bring It On Lyrics


Cover your dome or feel the motherf*ckin' glock
The problem child is in the house, I'm lettin' off shots
Biggedy bang, biggedy bang, hit them motherf*ckers dead
I'm down on this track and I'm about to get wreck

I'm comin' like a hustla never comin' busta
Blastin' around you hoes screamin', "Die motherf*cka"
Never showin' mercy 'cause that shit is for the weak
I [unverified] put my glock and knock that nigga off his feet

A young nigga judge says, "I'm bigger"
Step up with that bullshit and I'm a greet you with this trigger
Blastin' all you hoes to let you know how it feels
f*ckin' with the 5th ward psycho get your f*ckin' dome peeled
Motherf*cker bring it on

Straight from the 6-9, the final line village
Doin' more damage than an Exxon spillage Uh, coward and that's that
I'm known to pack a gat and put heads on flap

Stackin' up bodies like Jeffery Dahlmer
Oh, here comes the flow
Watch me as I tip toe to a niggas window with my M-60
Puttin' motherf*ckers out they misery

And watchin' the murders
Reenacted on 'Unsolved Mysteries'
Trick, coward ass p*ssy, ass faggot
Six feet deep is where you sleep with
The worms and the maggots
Nigga can't harm me

Band-aid bandit of too much trouble 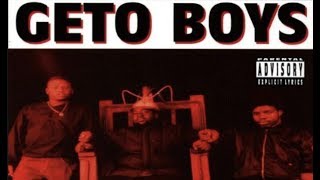