Phony As Ya Wanna Be Lyrics

Phony As Ya Wanna Be Lyrics


When I hold a mic in my hand, it's devotion
Then I began flowing in a smooth steady motion
Cause I'mcontended to know that I've invented
Poetry which has been highly complimented
Thus how I rhyme is what I feel on stage
And from a fraction of a thought I can write a whole page
I'll just pull a notebook from off the shelf
And like Salt-N-Pepa I express myself
To make most of you know me, and some of you don't
But when it comes to cold challenging, I bet none of you won't
Arrange a battle, improve your style
Against a brother with a totally different profile
Most of you flake cold front ya flex
And hesitate on rhymes that should've been Memorex
But you forgot I remember you're an amateur
Mystery worshipper, nowI prefer
ThatI remind you or tease ya on who's the boss
Cause you suffer amnesia, that's memory loss
Well get this just as quiet as it's kept
MC's on the chart from teh start has slept
Let's shake them,wake them, they should be woke
For what? They take MC'ing for a practical joke
You don't have what it takes to be an MC
Ya just as phony as ya wanna be

You present yourself to be the quiet storm
You're a sneaky littlesnake in a devilish form
But as they say, yo, to each its own
And to each one who plays with a microphone
Abbreviate microphone and M.I.C.
Meaning what, Myself, I, you see
I invite those to battle me then they're through
Bust it, i'mnot prejudiced you're invited too
The rap convention or the MC show
I have rhymes to block those who hit below
The belt, that means biting a rhyme
Yes, I'll wax you, tax you and plus save time
Now who is known to uphold his own
And words are heard like a strong baritone
Freestyle techniques that's wild and bold
That'll smile in your face and still come so cold That I'll freeze you to the point of non-defrost
Now you're trapped in the Land Of The Lost
Should I, could I, would I lose
When it's a selfish sore loser like you I choose
To roll your big eyes and suck your buck teeth
Because you're upset that you ever caused beef
Yo homeboy, I never meant to tease
But it's a slaughter, can someone help him please
Feeling uncomfortable, then loosen your belt
Once The Genius gets heated up, suckers will melt
Then after ya melt, ya start dripping like water
Then you can say this was a Goddamn slaughter
You don't have what it takes to be an MC
Ya just phony as ya wanna be

Ain't no rhymes like the one I got
They put competitors in a trance, y'all
Radio stations ran them a lot
They made children play and dance y'all
How dare ya mention you're an MC
When the crowd disagrees on who claim to be
Cause your battle piece are the rhymes you release
And that only make the crowd boos increase
Hey, may I say I'll stay a DJ
MC who try to defeat me or portray
One who claims he gain much respect
But in a battle, straight up and down ya getting wrecked
Cauise getting with me is definitely a slaughter
Or diving in a pool head first without water
So don't set yourself up to get brutalized
That only happens when you're not energized
Bit I'm so damn energized, I'm energetic
That I can wreck a microphone 'til it's pathetic
Oka, got it in your head, correct
That I'm victoriouson any subect
You disbelieve, then huh, call the title
Then after one rhyme you'll be calling me your idol
It's like..zap...another one on my jock strap
Now you walk around praising my name
Cause i'm slamming and I make you feel the pain
You don't have what it takes to be an MC
Ya just phony as ya wanna be
Explain lyrics
Correct lyrics 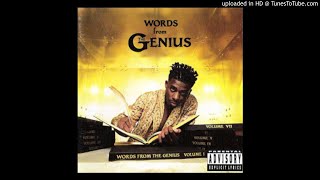 check amazon for Phony As Ya Wanna Be mp3 download
browse other artists under G:G2G3G4G5