BASIC INSTRUCTIONS BEFORE LEAVING EARTH (2x)(CHORUS 2x)
the basic instructions before leaving earth
life is a test may we quest the universeand through my research, i felt the joy and the hurt
the first shall be last and the last shall be first
knowledge is wisdom, this goes back when i was twelve
i love doing right but i was trapped in hellhad bad ideas, sad eyes and tears
years of fear, but yo my foes couldn't beari searched for the truces in youth
and with the church's birthbut it wasn's worth the loot, that i was paying
plus the prayingi didn't like stayingcause of bizzie-bodiesand dizzy-oddies
that the preach-ass souped up the lies
had couped up lookin at loot, butt, and thighs
durin the service, he swallowed up the poor
and after they heard this, they wallowed on the floor
buti ignored, and explored my history that was untold
and watched mysteries unfoldand dropped the jewel like soloman
but never followed mencause if you do your brain is more hollow then
space oblivia, or the abysswith no trace of trivia, left with a hiss
doesn't pay to be deaf dumb or blindfrom a slave he was kept from the mind
and from a cave he crept from behinda what he gave was a sack of the swine
when the bible, that condemned the pig
i don't mean to pull your hems or flip your wigsbut we used to wear turbins
but now were in the urbanno more wearing beniesor dress like the genie
no hokus pokus cause i focus on the facts
and put it on the track or put it through the wax
i speak on jacob it might take up some time
and too much knowledge it might break up the ryhme i did it anyway just to wake up the mind
of those who kiss stones or prays on the carpet
those who sit at home, or sell books by the market
need to chill and get their mind revived
for years religion did nothing but dividechorus
i strolled through the books of joah the unfold
and opened bibles instead of hoping on revivals
calling on his name and screaming alleuiawhen he hardly knew yathat's how the devil fooled yasee look into my eyes breverand
that's the lies of a reverandwhy should you die to go to heaven
the earth is already in spacethe bible i embracea difficult task i had to take
i studied till my eyes were swollenand only arose when
i found out that we were the choseni deal with the truthand build what they use
and take my son as he kneels on the stoolson, life is a pool of sin
corrupted wth foolish menand women with wicked mindwho build picket signs
who legalize abortionthe evil eye extortion
i quiz some with my wisdom, before i convertedi was perverted
and knowledge was assertedthe study of wisdom, i perferred it
to understand it it gave me mental freedom
i even look caucasion, but really the tropoedom
the white image, of christ, is really ceaser or yea, and ah
the second son of pope alexanderthe six of rome, and once the picture was shown
thats how the devils tricked my domei prophesized to save a manbut no one gave a damnfrom my nation, the seed of abraham
blessed with the tongue of hebrewnow we're strung on needles
and some are pleasure evilsto study and be wise in these days of darkness
peace to my nephew marcuschorus
Explain lyrics
Correct lyrics 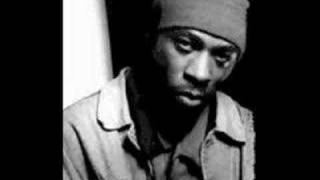