[Chorus: GZA/Genius]
Breaker, breaker, one nine, clear the line
Can you read me? Extorted your rhymes
MC's should expect the worst
But stay alert and shoot first

[GZA/Genius]
This is not a test, it's difficulty
Picture closely, the ignorant mostly
Blind, deaf, dumb, your mind left numb
Lost soul who failed to hear the roll of the drum
In the bottom of your bomb shelter, still felt the
heavy blast that blew off the mask of twelve elders
The math of an elder, praise the lord
Thinking Genius, operation project England
Commander-in-chief of flight style, check the air craft
Glide like the frisbee, Digi look Disney
The check false in ones self is pure loveliness
Your break the mirror that remind you of your ugliness
So when I bust, no one is in touch
Some returning with the mic clutched like such
Fool plan but didn't execute
He had the heat is hand, but, yo, he didn't shoot
Therefore your mechanism of material better be sickly
or let your lead stread incredibly quickly
I move bravely, travelling on a horse
on a battle field surrounded by the lost
of those who plotted with the brains of animals
My high molecular structure be untangible
The name ring the bell, killable two syllable
The Wu is coming thru, the outcome is critical
To be blunt, the beef was cooked up like coke good
The rhyme first came to me in the oak woods
Up to no good, rap icon Note the industry like the wall street junk bomb
You see the mic shown, I got your height sewn
Direct currents that move thru the mic-phone
Key contributor, well known major factor
Rhyme distributor, the drive of a tractor
Who run ya down if you don't wanna move or wanna linger

[GZA/Genius]
The immortality of my fame is the measure
of other's torture, burnt offer from a flaming author
The falconer who flies enough birds for the chase
Strictly excel in what is excellence with grace
The significance was not the vocal applause of entrance
but the felling that exits, completion of my sentence
With aging experience, my reason ripens
Strike on your vikings, clash like a hyphen
If you enter the house of fortune, I vacate the pleasure
You will leave by sorrow, the flow mesaures
Everything fails with the unfortunate
Learned that recording it, so my mind brought in it
Track records rank us with the exceptional
Extreme complex physics, high technical
The truth is usually seen and rarely heard
Was more dangerous than hatred, is the word
You wild cards jack up all trades
Those who parade their positions, show the spade
A large flock of MC's, they figure to be taught
It ain't hard to see why I'm vigorously saught 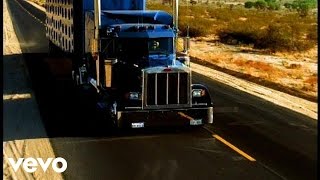