Boom bash dash, I had to break, I had to getaway
Packed my bags, to leave for good, it was a Monday
Kissed my mother, gave my pops a pound
Then he hugged me, and then he turned around
I threw the duffelbag over my shoulder
It was time to get props kid, cause now I'm older
Time to fend for myself jack
So I'ma go for mine, and maybe never come back
Stopped at the lye spot before I hit the train station
Needed some boom for the mental relaxation
It took the last of my loot to make this move Troop
But I ain't even tryin to work in a suit
Plus my aunt's got a room that's for rent
As long as there's no hoes and I don't come home bent
So f*ck the bullshit I'm audi
I'm on a mission, cause if I stay I'll go crazy
I'm gonna make it god damnit
Out in B-R-double-O-K-Lyn, The Planet
They never fake it just slam it
Out in B-R-O-O-K-Lyn, The Planet

Crash boom bang I used to hang at Four Corners
And all the spots in Beantown where niggaz carry burners
But I was more turned on by the micraphone
So one cold morning, I left home
Next I'm smokin blunts on ?
Or workin in a mail room Uptown, feelin sick and
tired, of payin all these f*cked up dues
I wasn't tryin to lose -- I refused
Had a chick Uptown, one in Queens and one in Jersey
Sometimes all you need to get by, is a girlie
But yo I still wasn't happy
I seen a lot of ill shit on my block, happen nightly
East New York is no joke kid
And peace to my man Hass doin his bad
I went to Flatbush to buy incense and weed
Stopped at the bookstands for somethin to read
That shit was rough cause my pockets was bare
and like the sayin goes, sometimes life ain't fair
But in my heart there ain't no quittin
So I stayed up late, to write some rhymes to some rhythms
Seconds away from just flippin But f*ckit I'll maintain, one day I'll be hittin
See I'ma make it god damnit
Out in B-R-double-O-K-Lyn, The Planet
I'll never fake it just slam it
There in B-R-O-O-K-Lyn, The Planet

And you can, walk the walk talk the talk but don't flaunt
Cause little shorty's scheamin on your rings and fronts
but don't sweat it, cause that's the life out here
A lot of niggaz, be livin real trife out here
I got my own place in Bed-Stuy
Known to many others, as Do or Die
Malcolm X Boulevard and Gates Avenue
Smokin up the fat trey bags with the crew
Me and the niggaz Troy and Squeaky
Used to twist Dutch Masters, we got nice weekly
I used to build with the brothers by the spot
They had to hustle but they still knew a lot
To get my haircut had to go to Fort Greene
on Myrtle Ave, to get a fade with the sides clean
Then to Fulton just to look around
Just to roam around, and find a chick to go Uptown
and check a movie or some shit like that
I couldn't spend much but yo my game was fat
I remember this one chick, she brought me a beeper
Then one week later, she got me some sneakers
But then I stepped, cause I found out about her rep
And I ain't goin out bein no bitch's pet
But anyway I used to lay up in the crib
Listening to Red and Marley, wishin I was on kid
Saved my dough, stayed on the down low
Lounged and drank 40's with Tommy, Hill and Gunsmoke
And Lil' Dap used to come by strapped
Nice off a L cause we stayed like that
Sometimes I used to miss my moms
Gunshots in the twilight, people fightin every night
But I'ma be aight still
Cause I'ma keep writin shit and perfectin my skills
I'm gonna make it god damnit
Here in B-R-double-O-K-Lyn, The Planet
I never fake it just slam it
Here in B-R-O-O-K-Lyn, The Planet *echoes* 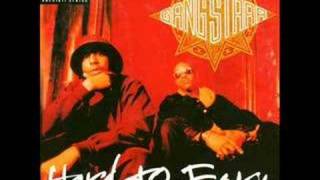