5 carloads deep, time to go do a show
Got a massive crew and we're ready to roll
So I grab my gear hop in the whip and ride
Premier he's got the fly dope system inside
But my shit cranks too and we've got mad tapes
of all the underground groups with the lyrics and bass
Off into the New York night we go
Dre large got the camera biggest, Gord's got three rolls of film
So we can take the macked out photos
Tommy Hill, The Damaja and my man Gunsmoke
Corey and Smurf and Lil Dap's got a forty
My man Gary and Shiz and the nutcracker Shorty
Mike Rhone, chillin' like Capone
Robinhood, Known as Mel with the clientelle
Mo, JT, Mega, can't forget black
they're rockin' sincere, yes the posse's fat
Out loud pulls up plus there's Sid and OC
Big Mel from strong island H.L. the one and only
O. Delicious, Ely, Bazz and Eon
and the aroma of the blunts has me thinking beyond
And to the rest of the crew you know the bond is strong
and you know who's who, so let me not prolong
For this was a night to remember
I had on the beige Tims with the two tone leather
So we get to the jam, the gig, the venue
then we circled around and then drove in through
the front the place was packed the line was long
I was bobbing my head cuz the music was on I turned it down then I peeped to my right
I saw this kid and his girl having a fight
Another kid walked up and mushed the kid in his face
and then the kid pulled out and bust and laid him to waist
A riot broke out girls screaming and scheming crews
started buck wiling tryna' snatch kids jewels
After that 50 came and turned the party out
and then the ambulance came to take the body out
And we didn't even get all the equipment out
and we didn't even get to turn the place out
This can happen often and it's really f*cked up
So I'll ask you to your face homeboy what's up
Did you come to see my show or the stupid nigger playoffs
Killing you and killing me it's the soliloquy of chaos

And if you live in the cities where streets reek warfare
people getting nowhere but you go for yours there
You'll find it doesn't pay to front or play the role
You could get stole or maybe beaten with a pole
Then you'll wanna retaliate, regroup and come back
so you set the brothers up for a sneak attack
Whether you die or kill them, it's another brother dead
but I know you'll never get that through your head
Cuz we're mislead and misfed facts, we're way off
killing you and killing me, it's the soliloquy of chaos 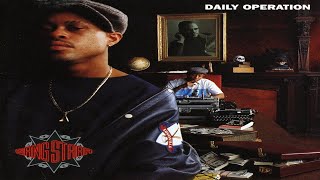