I Grew Up On Wu-tang Lyrics

I Grew Up On Wu-tang Lyrics


I grew up on the crime side, the New York Times side
Staying alive was no jive
Had secondhands, mom's bounced on old man
So then we moved to Shaolin land
A young youth, yo, rocking the gold tooth, 'Lo goose
Only way I be gettin' the G off was drug loot
And let's start it like this son
Rolling with this one and that one

(Red Wallabies) Buzzing with my Killa Beez
Chronic had my eyes chinky like Compton was the Philippines
Junior prom, red suit, Tasha in that limousine
Tryna suck the head off my dick like a guillotine
Came in her mouth, then gave her some Listerine
Put a condom on and let her grind it like a centipede
(Cash rules everything around me)
Before Dre found me, before my city crowned me
Bummy lil nigga, p*ssy niggas used to clown me
Had to wear my brother's clothes, them shits used to drown me
6 years passed now I'm banging in the county
Niggas that used to talk shit won't even come around me
Reciting Method Man while my celly just sit there
Niggas know I been on the Wu before Ric Flair
Came home through the hood, GX shining
Now these bitches think I'm Lex Diamonds

I grew up on Wu-Tang, dope had my shoe game Liu Kang
Jordan 12's sick as hell, Michael Jordan flu game
Glass jar, Pyrex, obsessed with the blue flame
Lexus coupe, rubbing on them titties boy, 2 Chainz
Top of the food chain, niggas wanna kill me
'Cause I turned into the plug, I'm where the chronic and the pills be
RZA with the rings, Ol' Dirty with the stainless
Five .38 revolvers, thirty-six chambers
Killah like Ghostface, as the Rollie rotate
Daytons on the S-Class equipped with the floor safe
And we had the stash spots with them red and blue tops
Chronic in the GLAAD lock, the dope spot padlocked
In the living room bagging shit up watching Matlock
Black Glock, crack rock bundled in my black socks
And my mama working late, skinny nigga serving weight
Let the chronic circulate the Purple Tape 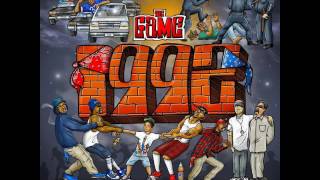 check amazon for I Grew Up On Wu-tang mp3 download
these lyrics are submitted by BURKUL4
browse other artists under G:G2G3G4G5
Record Label(s): 2016 Blood Money & Entertainment One U S , LP
Official lyrics by