[Verse 1: Game]
Jogging my memory, the Documentary
Killed that in a drop top John Kennedy
Had to rap [?] like it was telling me
The old me ain't got shit [?]
Nigga I'm finna be still repping the letter B
What if it was the nigga that Dre signed instead of me
Would I be starving or studying at Harvard
Or would I be a dog of a another f*ckin' pedigree
Take away me, take away the su-woo
Take away the gangstar like hip-hop couldn't [?]
Pull up in that new coupe
Take away your girl run her choo choo
Then put it on Worldstar, or Youtube
Yo Tune' what it do
Got some bitches in the lobby and I'm bout to send them through
I'm Kobes rings nigga who the f*ck is you
Not the nigga with five bitches sitting in the coupe

[Hook: Chris Brown]
Five, got Jacksons in my pocket and I'm feelin' like a Jackson
Five, I'm robbin', ya I'm ballin', got me feelin' like I'm in the Fab 5 For as long as I live [?] five
Like MJ in game five

[Verse 2: Lil Wayne]
I got five on it
Five short, Young Tune in this bitch f*ck 5-0
Nigga play the 4-5 if I have an issue
Beat your ass black and blue with a bag of nickels
I'm a G, do somethin 'bout it
You ain't half of me, you ain't 500 thousand, nigga
And my red bone, 5-5
No hand slapped, but I'm high five
Yeah get with the game or play the sidelines
I dream to get the cover of High Times
Now take 5 paces
And try to guess the color of my shoelaces, red, bitch
Yeah, I'm on my high horse
Now the sky mad at me cause I stole five stars
Got some freaks in the living room gettin' it on
And they ain't leavin' til five in the morn'
(yeah)Young Tunechi, bitch! 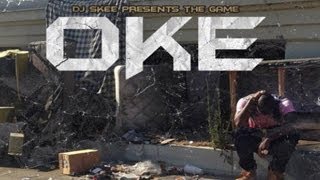