[Game]
Razor sharp, my flow is like a Crip and Blood fightin
in the park
Come to Compton swim with the sharks
I know the REAL kings of New York
That make me five borough thorough, pass me the torch
A young Kane, I'm insane, my membrane
has the capacity to jack rappers and take chains
A lotta fake KRS', a lotta fake Game's
I'ma cash in on you niggaz and make change
Lil' ass dogs I'm a Great Dane
Product of hip-hop like spray paint on a freight train
and while you niggaz tried to make 'caine
I made 'caine with Kane playin, on that little tape
thang
I got my first boom box in '85
Carryin that heavy motherf*cker, I was maybe five
or maybe six, so what I'm tryin to tell you
is I've been f*ckin with hip-hop since the 80s', bitch!

[KRS-One]
Rappers don't like when Kris on tour
cause when I rhyme they wrist don't glist no more
All you see is that Darfur
and these rappers promotin all this rape and war
I'm ignorant when I'm on tour
They say I'm down to earth cause I put rappers' brains
on the floor
You heard that song, "Chicken Noodle Soup"?
That's what your head gon' look like in the back of
your coupe
Like someone threw up in your rear-view
After you battle KRS-One no one's EVER gonna wanna hear
you!!
Notice the style I'm usin, you losin
I'll (Scar) your (Face) like them cats in Houston
You know it's funny how y'all love to talk
but still stuck in the hood, I rose above New York
I be in the foreigns, heatin pounds of kush You like a faggot in front of the p*ssy, beatin around
the bush

[Big Daddy Kane]
Aiyyo, you ain't got no other choice but to like it or
love it
when you see me with (The Game), it's nothin like
Michael Douglass
The black Cosa Nostra, he who got the most-a
the toxic flows and y'all lames is not supposed ta
I spit it clearly, my styles, the shit'll vary
When I write about cats, it's called obituaries
I never f*ck with lames, so don't bring that nigga near
me
I'm (Universal), your (Def-est Jam) is a subsidiary
One question playa: who wan' see
the realest of the real to spit it, two blunt leaf
I locked down the East and opened new country
and ran through the West when it was mostly 213
Lookum, I took 'um Brook-nam?
I look calm but I gotta enough hoods to start a crook
farm
The god is in the building, and yes problems
When y'all buy chicks, all I do is test drive 'em

[Outro: Doug E. Fresh]
Uh, now let me tell y'all somethin..
See this whole thing came together in a special way, ya
know what I mean?
A very very special way
You just got the legends man, together...
and you just created, a whole nother' level
Cause on the real, Game straight up talk
From an emcee perspective, B
You are definitely... official, a legend, and respected
Because you come from the heart
and that's what a real emcee do, no matter what
And this was all just one night in the studio, man,
just hangin out
That's what we did, that's what happened
And you know - R-R-RAH! R-R-RAH! R-R-RAH!
[beatboxes]
This is real, man!
[beatboxes]
This is all day!
[beatboxes]
This is hip-hop!
[beatboxes]
'til the very last drop, uh!
And y'know, lemme tell ya last thing
I'ma tell ya: it's about original, creation, from the
heart
See, a MC KNOWS, without ever... tryin to be somebody
else
Just do yo' thing and it'll always work out
[beatboxes]
Do dat, easy
[beatboxes]
I-ight Game, that's it man 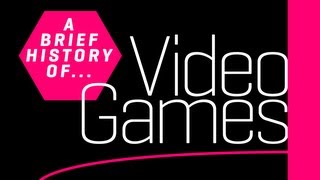